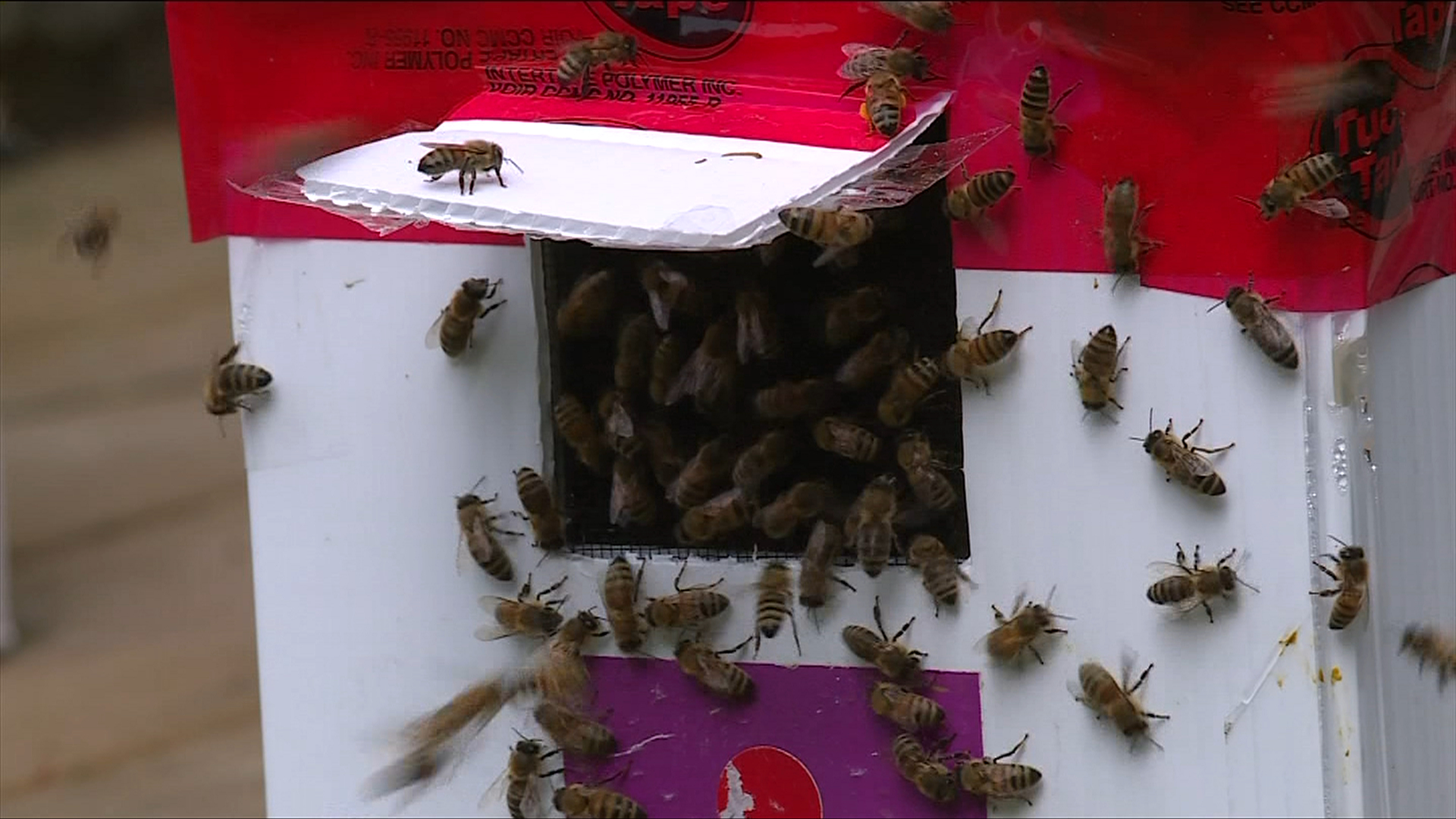 A break from the cold, wet spring weather is finally giving beekeepers like Kim Eliason in the Cowichan Valley the chance to keep an eye on his bees.

So far, anecdotal reports have not been promising.

Bees don’t like to be disturbed when it’s cold and wet, so keepers are just starting to open their boxes to peek inside. Many seem to be seeing higher winter mortality than usual.

“A lot of bees are lost this year,” Elias added. “Just winter cold, then it warmed up and then it got cold again.”

Sunny skies and warmer temperatures in Merville on Friday were just what Rachel Halliwell’s bees were waiting for as they emerged from the boxes and flew into the sunshine.

When she opened a bee box on Friday, she was very happy to see the tray buzzing with bees.

However, it is not the same story for everyone.

“I’ve seen some amazing successes, but I’m also helping identify why there’s been a loss of hive for some people, so it feels very 50-50 to me,” Halliwell told CHEK News. “It will be very interesting to find out.”

And she’ll likely find out later this spring when a local survey is done by the Comox Valley Bee Club.

“We don’t know, really we can’t tell you with definitive information about what’s happened so far,” said Paul van Westdorp, a BC government beekeeper. “Bees are extremely sensitive to the environment they live in and when the weather is bad they stay indoors. However, the current survey will provide some interesting information at the end of the month and then we will have a much better picture.

He says bees can perish due to many factors, including starvation and Varroa mites, which are external parasitic mites that attack and feed on honey bees.

The Prairie provinces had a particularly bad spring for honey bees with losses of up to 50%, while beekeepers in Quebec saw losses of around 60%.