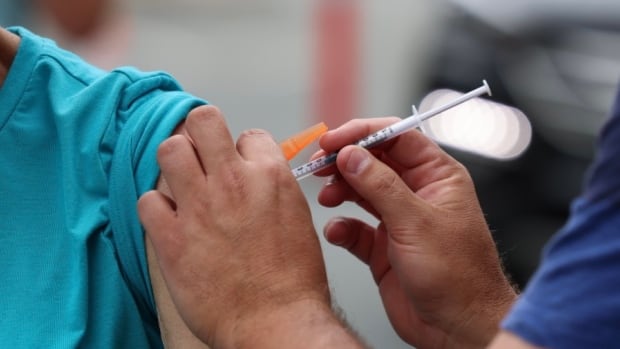 Some Manitoba religious leaders welcome new COVID-19 restrictions, others say they are dividing

As new COVID-19 restrictions take effect for faith-based organizations, some are backing down, while other religious leaders say they have already required or encouraged only fully vaccinated people to attend their services.

Under the new rules, a place of worship will have to choose between checking vaccination cards or restricting in-person attendance to 33% of its capacity.

At the Hindu Temple and Dr Raj Pandey Hindu Center on St. Anne’s Road, which expects hundreds to attend services during the nine-day Navratri Festival this month, they chose the first option.

“It’s safe for others and the people around are more comfortable with it,” he said.

Rabbi Kliel Rose of the Etz Chayim congregation in Winnipeg said they had not returned to weekly in-person services since the pandemic began and were only doing them online for security reasons.

However, for special occasions like bar / bat mitzvahs or Jewish holidays, they required proof of vaccination to enter the synagogue, he said.

Rose said he felt a sense of duty to keep his congregation safe.

“The last thing I want to do is have someone come to worship… and someone get infected. It’s one of my biggest nightmares,” he said.

“I don’t want us, who are trying to be there to meet people’s spiritual needs, to be a place where such an outcome is likely to happen.”

However, not all religious leaders agree with this approach. The Archbishop of St. Boniface and the Archbishop of Winnipeg wrote letters to provincial officials calling for a moratorium on restrictions for faith groups.

The letters say that while they encourage worshipers to get vaccinated, they fail to see how they could ask for proof of vaccination in order to attend church.

“Limiting the congregation on the basis of free decision of conscience, even if it may be uninformed, is not a useful situation,” wrote Richard Gagnon, Archbishop of Winnipeg.

Pastor Riley Toews of Grace Covenant Church in Altona said he didn’t think churches should ask their congregation for their medical information. He said he encouraged his congregation to stay united in their faith, regardless of immunization status.

“We’ve been trying really hard to promote… that we have to be one in Christ. And so no matter what someone’s immunization status is, it’s not something we’re going to allow us to divide,” he said. he declares.

Grace Covenant Church is one of the churches involved in a legal challenge to Manitoba’s COVID-19 restrictions.

Toews said he believed the restrictions put religious leaders in a difficult position where they had to deny people a place of worship if they did not get vaccinated.

“The state puts churches in such a difficult position that you have to demand that certain people go against their conscience just to be able to worship, and this is an extremely difficult place for many churches,” he said. he declared.

At Sherwood Park Lutheran Church in Winnipeg, Reverend Erik Parker said church leaders have had difficult conversations about how to approach the issue of immunization.

“We really kind of ended up in a place where some might be unwanted, and we thought, well, we can’t say that people can’t come. But we’ve also heard people say that s’ there were unvaccinated people attending, I’m not coming, “he said.

He said they didn’t want to turn people away, but eventually came to the conclusion that safety is more important.

“We realize there is no choice where everyone would feel welcome,” he said.

“So knowing that there is no choice where everyone feels welcome, we err on the side of everyone being the safest, and so we encourage people to get vaccinated.”

Idris Knapp, executive director of the Winnipeg Central Mosque, also said they don’t plan to check vaccination status at this point as they haven’t been seen so many people since the start of the campaign anyway. pandemic.

The mosque can accommodate up to 600 people, but at most has accommodated 150 at a time, he said.

The mosque also has people coming in and out at different times of the day for prayers, so the logistics of having to check cards at the entrance would also be difficult, he said.

“So until we start having bigger programs or crowds, we’re going to stick with that,” he said.

Over 37,000 people have left Ontario for other provinces, and here’s where they’ve gone