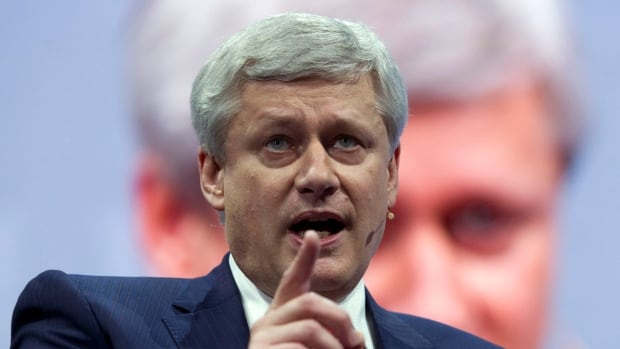 Former Prime Minister Stephen Harper says Pierre Poilievre is the Conservative leadership candidate with the best chance of leading the party to victory in the upcoming federal election.

Harper’s statement came in a video posted Monday evening to Facebook and Twitter, in which he described Poilievre’s ability to galvanize support from new members as a critical ingredient for success.

“That’s how we win the next federal election, and in my opinion, Pierre has by far the best argument,” Harper said.

Poilievre’s campaign claims to have recruited more than 300,000 members to vote in the leadership race.

Harper also praised Poilievre, a longtime MP serving the Ottawa-area riding of Carleton, as a powerful communicator who identified the most pressing issues facing Canada.

“He talked about the issues, especially the economic issues, that matter,” Harper said, listing Canada’s debt, inflation and housing problems among the issues Poilievre is prepared to address.

Harper also said Poilievre recognizes “the need to fix the institutions that are failing Canadian families.”

A central theme of Poilievre’s leadership campaign is a promise to weed out “gatekeepers” who he says stand in the way of economic growth and sound governance.

Poilievre also said during a leadership debate in May that he would fire Bank of Canada Governor Tiff Macklem. He blamed the central bank and the Liberal government for overseeing what he said was reckless monetary policy that pushed inflation to levels not seen in decades.

Poilievre served in two Cabinet positions under Harper, first as Minister of State for Democratic Reform from 2013 to 2015, followed by Minister of Jobs and Social Development, until the Conservatives lost the federal elections later in 2015.

Harper’s comments mark the first time the former prime minister has intervened in a leadership race for the party he helped form. He made no similar public statements of support in the 2017 or 2020 leadership races.

The other candidates in the Conservative leadership race are Jean Charest, Leslyn Lewis, Roman Baber and Scott Aitchison.

The party will announce its new leader on September 10.