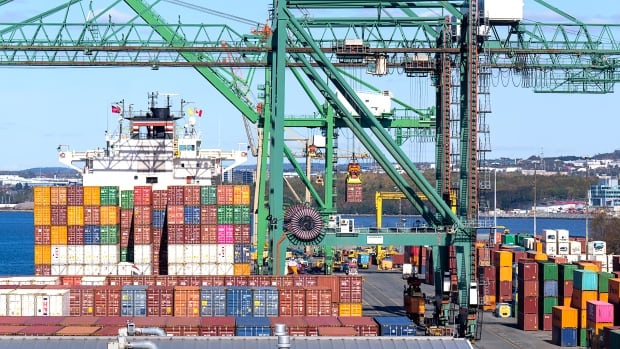 Supply chains are healing. Shipping costs have dropped. Commodity prices have fallen sharply. The congestion that was clogging the oceans has dissipated. But prices remain stubbornly high.

US consumer price index numbers for September were warmer than expected this week.

“Core prices jumped more than expected, 0.6% for a second straight month, pushing the annual rate to a new 40-year high of 6.6%.”

Economists generally divide inflation figures into two main groups. The first is “core” inflation, which eliminates more volatile components like gasoline and food. The other, “headline” inflation, measures the total rise in prices of a broad basket of goods.

Headline inflation is down. This is dictated by global factors.

The price of lumber jumped at the start of the pandemic, driving up the costs (and availability) of supplies for all those DIY backyard projects spurred by the early lockdown measures. By the end of September, lumber futures were trading 70% below their peak.

The price of corn, gas, steel, beef and even computer chips has fallen this year as the world now braces for a possible recession in early 2023.

This is why headline inflation is falling.

But core inflation is moving in a decidedly different direction. Housing costs have pushed this measure to its highest level in 40 years.

It is not a single element at the origin of this new wave of inflation. Economists say inflation has shifted from an essentially global story about the price of goods to a national story about services.

The first wave was driven by the input cost of the products we buy. As prices rose, workers demanded higher wages to keep pace.

This in turn has driven up the cost of services, from your local hairstylist to high-priced consultants.

“The same thing we’ve seen for goods we’re seeing now for services,” said RBC economist Claire Fan. “For services, it’s not the raw material that counts the most, it’s the workforce, it’s the employees.”

Even though the economy slowed, the labor market remained exceptionally tight. The unemployment rate is at a level not seen for 50 years. Job vacancy rates have never been higher.

So, there’s never been a better time to look for a job.

And yes, wages are up, but not as much as inflation. “Real wages” are calculated by subtracting the inflation rate from wage growth. Real wages therefore remain firmly in negative territory.

Is the economy catching up?

Also, not everyone agrees that this next wave of inflation is fueled by rising wages.

“In a way, we’re just seeing the rest of the economy catch up a bit with what was happening in the more volatile parts of the economy,” said Jim Stanford, economist and director of the Center for Future Work.

Stanford says there is no evidence that another wave of inflation is happening.

“It’s going to take time,” he said. “And we all have to be a little patient to understand that inflation is not going to go away overnight.”

That is not how the Bank of Canada sees it. It moves aggressively to raise interest rates. The bank raised its key overnight rate from 0.25% to 3.25% in just a few months.

“We believe further interest rate increases are warranted to bring inflation back to target,” Macklem told a news conference in Halifax.

Stanford says it will lead to “a cure worse than the disease.”

He says higher interest rates are already slowing the economy. In fact, he says there were clear signs of weakness in the second quarter.

“And it’s entirely possible that in the third quarter our economy actually contracted,” he said.

The debate over what to do about inflation highlights just how serious a threat rising prices pose to the entire economy.

Understanding what prices are doing is difficult at the best of times. Trying to decipher the trends while the world is still emerging from a global crisis is an almost impossible task.

Both paths carry a certain degree of risk. You can’t do anything and expect the prices to go down on their own. But if you’re wrong, the task of bringing down entrenched inflation is even harder than anything.

The Bank of Canada seems to have chosen the path of raising rates. Its next interest rate decision will be on October 26.

Do you have questions about this story? We answer as much as possible in the comments.