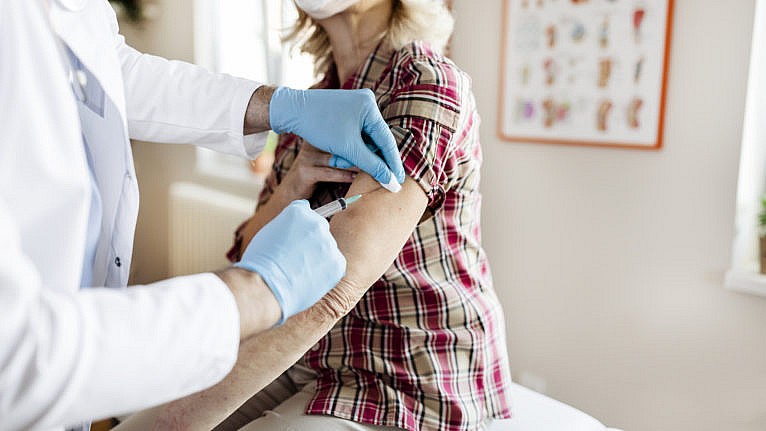 The Barrier to Full Recovery from the Pandemic: The “Pockets” of Unvaccinated Canadians

â€œThe devil is in the detailsâ€ is a phrase that fits perfectly with Canada’s immunization strategy, because what looks good on a national map tends to look less positive the more you look at regional areas and local. Nationwide, more than 88 percent of eligible residents have received at least one dose, according to the federal government government data. But squeeze that immunization rate for the entire population, including currently ineligible children, and that one-dose number drops to 78%. This means that more than one in five Canadians is not vaccinated.

Dive deeper into the data and a pattern emerges: There are pockets of the unvaccinated, both small and disconcertingly large. And these are the areas that continue to be hit hard by Delta, even though the total number of new cases in Canada falls.

About half of this unvaccinated cohort are children still too young for vaccines. In ontario, the under 20 age group has the most active cases of COVID-19, 935 in total, while the 30-39 year olds rank second with just 531 cases and the over 80 cohort, previously severely affected, has only 100 active cases.

Until children under 12 become eligible for the vaccine, the focus should be on persuading older and still unvaccinated Canadians to get the vaccine, says Kevin wilson, a Halifax-based epidemiologist who has been analyzing data on the pandemic since early 2020. At the end of October, this unvaxxed but eligible cohort numbered 5.5 million people, according to the Public Health Agency of Canada.

â€œThe flip side of ‘vaccines work’ is that if you don’t use them, they don’t work,â€ he says bluntly. And especially since public health measures, which have done the heavy lifting in protecting people, are being removed, these pockets are the epicenters of current epidemics.

Although federal data was last updated in late October, regional disparities are clear. In general, immunization levels decline as one moves west from Atlantic Canada. Thus, while 86% of the total population of Newfoundland and Labrador has received at least one dose, this proportion drops to 81% in New Brunswick, then to 77% in Ontario, then to 72 and 73% in Saskatchewan and Alberta. , respectively, before rebounding to 79% in British Columbia.

Within the provinces, the disparities are even more marked. In Alberta, who break down the rates according to local geographies, 92 percent of eligible residents of the Sherwood Park area outside of Edmonton received at least one dose, compared to 64 percent in St. Paul, just 175 km away. In contrast, Ontario’s 34 public health units have relatively similar vaccination rates. Government of Ontario The data for eligible residents varies from a minimum of 84% in Renfrew and Lambton counties having a 98 percent dose in Leeds, Grenville and Lanark District.

â€œHealthcare capacity is largely a local resource,â€ Wilson says. â€œIt would be almost better if the unvaccinated were scattered around a particular province. This way, no local hospital will be overwhelmed. Instead, the unvaccinated are clustered very tightly in certain communities, interacting with each other, he says. When COVID-19 hits one of these pockets, the local hospital is taken by storm with patients.

At the end of September, Edson, Alta. was in the news, amid reports that many in the the small community did not take the virus seriously. There has even been an unconfirmed report of a “get-COVID” party. At the time, Edson’s vaccination rate was around 50 percent of eligible residents, compared to a provincial rate of 73 percent. A week later, the number of local residents requiring hospitalization due to COVID-19 has increased, and Alberta Health Services obstetric services suspended at the local hospital, forcing pregnant women to go to other facilities, including Hinton, 90 km away.

Even Atlantic Canada has pockets of higher levels of unvaccinated populations. One area is around Edmundston, in northwestern New Brunswick, which Wilson calls the province’s â€œproblem children regionâ€ because it experienced repeated outbreaks during the pandemic and has high rates of. cases and deaths per capita which are significantly higher than other regions. Although the government does not reveal regional distributions of vaccination rates on his website, Radio-Canada News got their hands on a map from mid-October that showed the area around Edmundston had some of the lowest rates in the province: only 65 to 70 percent of the eligible population were vaccinated there, compared to over 80 percent of the eligible population. one hundred for the province a set. (Vaccination rates are higher in the city of Edmundston itself.)

If rural residents think their wide open spaces are safer than densely populated cities when it comes to contracting COVID-19, Kevin Wilson has bad news for them. He tested this idea by analyzing data, comparing Nova Scotia, which has experienced a much milder pandemic than most parts of Canada, to the least densely populated health regions in the country. His calculations showed that these rural areas had more than five times the number of cases and deaths than Nova Scotia, per capita. Even excluding the hard-hit Far North region of Saskatchewan and comparing the other 10 most rural health regions to the city of Halifax, it found this the rural cohort still had about three times the number of cases and 1.5 times the number of deaths than the capital of Nova Scotia. (Additionally, he notes, the majority of deaths in Halifax occurred early in the pandemic, when its long-term care homes were hit hard.)

At the same time, vaccination rates in cities are often higher than in rural areas. In toronto, each neighborhood reports that at least 67% of eligible residents have received at least one dose of the vaccine, while the overall rate for the city is 87.7%. And although the city suffered earlier in the pandemic, its rate of new cases is currently well in the less vaccinated and more rural regions of the province.

As provinces lift public health measures, persuading the unvaccinated in areas with low immunization to get the doses to keep the pandemic at bay, Wilson said. Immunity will come from a vaccine or from the disease itself. The problem is, he says, that getting the vaccine can mean for many rural residents a day trip to a place that offers vaccines, compared to someone in a town who only has to walk to the street. Street corner.

â€œIt should be as easy as possible in these pocket areas,â€ he says. This could include loading an industrial mini-fridge full of doses into a van to get it to where there is a group of people in need of vaccines. “Do whatever you need to do,” he says, “to make those pockets less obvious on a map.”

Huskies to play for bronze in Canada West women’s soccer