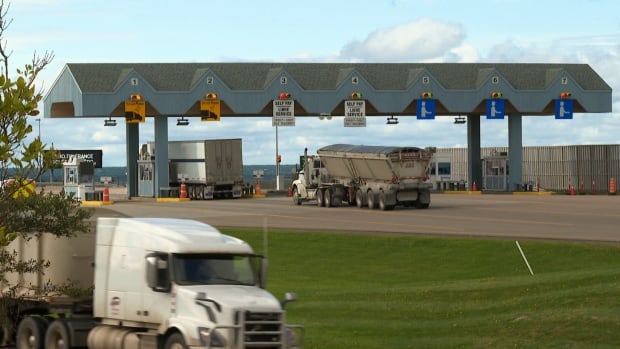 The PEI mandatory tests cause the trucking industry to fear delays

The organization representing commercial truckers in PEI. calls on the government to exempt truckers from mandatory bridge testing.

Anyone over the age of eight, regardless of their immunization status, must be tested upon entering Prince Edward Island. Children under eight will receive a self-administered test to take at home.

Jean-Marc Picard, CEO of the Atlantic Provinces Trucking Association (APTA), says requiring all commercial drivers to be tested upon arrival in Prince Edward Island will cause delays.

“All of a sudden we get another layer of rules which is extremely, I think, unnecessary and confusing,” Picard said.

“We’re basically in our trucks 90 percent of the time, and we still have to go through testing and isolating… We were exempt before the vaccines came. Now we are not exempt and we are vaccinated.”

The delays add up

The APTA said that while the testing only added an extra hour to a trip, it was important and could delay deliveries or reduce the downtime drivers need.

The group said truckers are cautious, many are fully vaccinated and are essential workers – which is why Picard said they should be exempt from testing.

“There is no reason the other provinces should give a total exemption and Prince Edward Island cannot. It’s the same job, we’re doing the same thing… we absolutely have to give it all up for the truckers and let the supply chain unfold.

Long-haul truckers, on the other hand, are used to being tested. Alexander Lifman dropped off his load of PEI potatoes in Maryland last week.

He considers the test to have minimal effect on him – but he hopes the delays due to the tests won’t be too severe.

“People who travel out of province, well, they should get tested… it’s good to know your status,” Lifman said.

With drivers under pressure to meet delivery deadlines, APTA has said travel can be stressful, especially when COVID-19 cases increase.

With more testing, Picard said it could add even more stress to the job and “it’s going to take people away from the industry.”