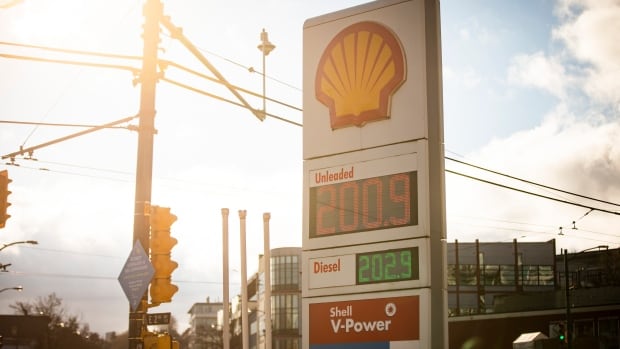 The federal carbon price is rising today for everyone, but some Canadians can expect to receive more money from the program than others and see their rebates sooner and more frequently.

Canadians living in jurisdictions that do not have their own carbon pricing policies receive federal benefits to offset higher prices. Starting in July, individuals and families in Alberta, Saskatchewan, Manitoba and Ontario will automatically receive their tax-free federal Climate Action Incentive (CAIP) payments each quarter.

Previously, payments were made annually at tax time through a refundable tax credit. In last year’s budget, the federal government announced that CAIP payments will now come quarterly.

Payments are expected to arrive on April 15, July, October and January. Since the very first payment will not arrive until July 15 (after the 2021 tax returns are due), this will be a double payment. If you receive your tax return by direct deposit, you will receive the CAIP in the same way.

People who live outside of Ontario and the Prairie provinces will not receive federal rebates because their jurisdictions have their own carbon pricing mechanisms.

Federal Conservatives have often opposed carbon pricing. Most recently, the party called on the Liberals to suspend today’s increase to help families deal with the rising cost of housing, food and fuel due to inflation.

“We are really going through an affordability crisis,” said MP Kyle Seeback, Conservative climate change critic. “I get emails and phone calls every day in my constituency office with people saying, ‘Kyle, we can’t make ends meet anymore.’ Everything is too expensive.”

The Liberals rejected those calls, saying some families could recoup more money than they pay in carbon taxes. Environment and Climate Change Canada estimates that in 2022-23 CAIP will pay a family of four:

Rural households in these four provinces can expect a top-up of 10%.

“These payments mean that about 8 in 10 families receive more money than they pay in direct costs under this system,” Finance Canada said.

The government says it returns 90% of the money it collects through carbon pricing to consumers. He says the rest supports Indigenous groups, schools, universities, municipalities, small businesses and farmers.

Carbon pricing leaves some worse off

Despite the increased size and frequency of payments, some say the federal carbon price leaves them worse off.

Farmers in particular complain that the rebate does not take into account the rising cost of fertilizer and transporting their crops to market. While gasoline and diesel purchased by farms are exempt from the carbon tax, the propane they use to dry grain and heat barns is not.

Grain farmers like Corey Loessin tell CBC it has become an added burden on his family farm in Radisson, Saskatchewan.

“That far exceeds any personal discount we would be entitled to,” Loessin said.

“If you also include the economic impacts,” said Parliamentary Budget Officer Yves Giroux, “most are worse off.

But Dale Beugin, vice-president of research and analysis at the Canadian Climate Institute, said he puts an “asterisk” on the PBO’s analysis because it doesn’t take into account certain things. important, such as the cost of doing nothing to combat climate change.

Beugin also said Canadians need to understand that carbon rebates don’t reimburse dollar-for-dollar what they pay at the pump, because they are intended to reward those who reduce their consumption of fossil fuels.

“If everyone got back exactly what they paid for, there would be no incentive to change their behavior, to drive less,” Beugin said.

“The problem is that it doesn’t exist yet,” he said.

In 2019, agriculture accounted for 10% of Canada’s emissions. Most of these emissions came not from fuel combustion but from other sources, such as methane from livestock and fertilizers. These other emissions are not subject to a carbon price.

While the agriculture sector accounts for a significant portion of Canada’s emissions, agricultural soil is an important carbon sink, offsetting about 6% of the sector’s emissions.