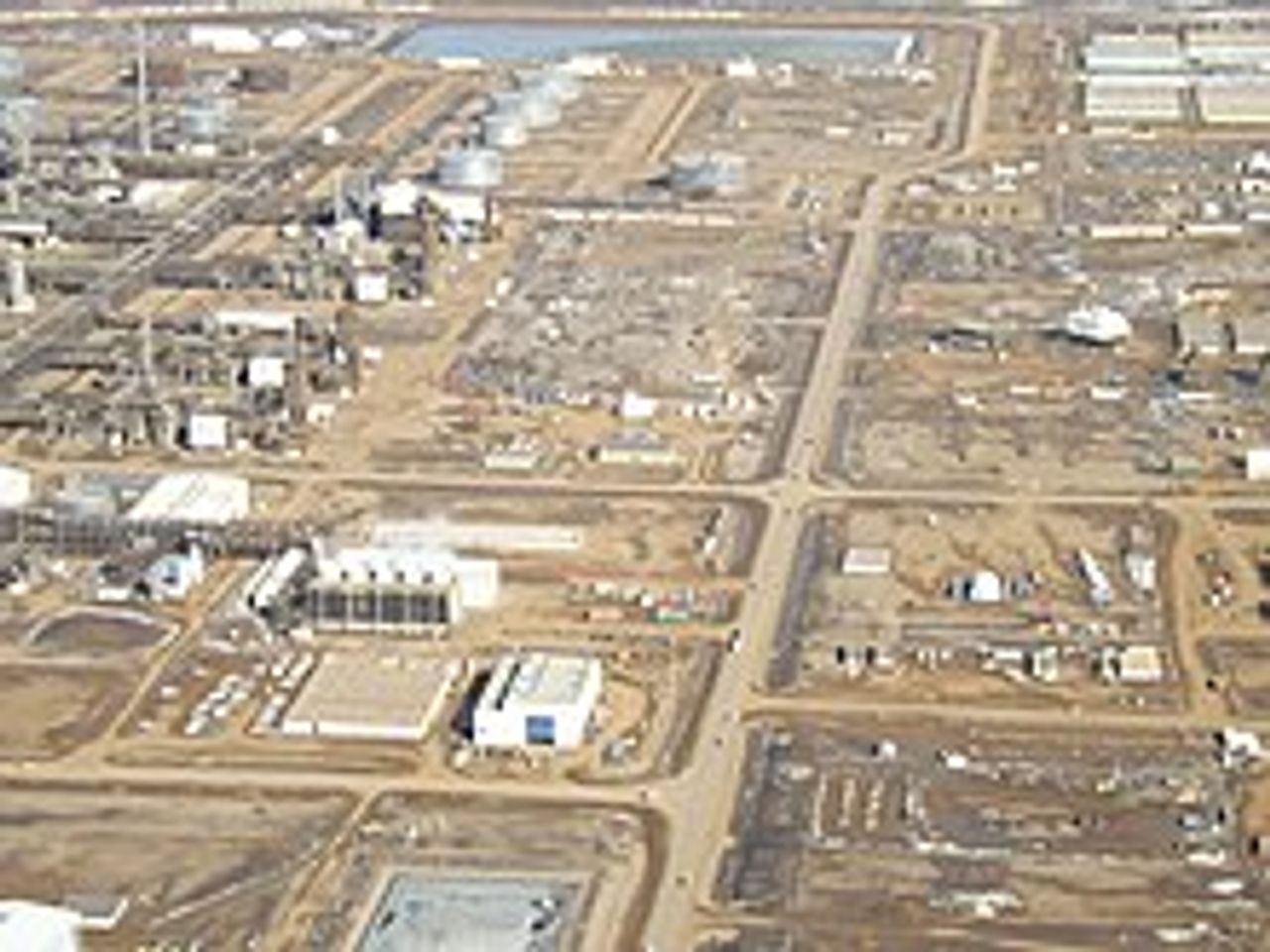 With the local health care system collapsing, the Regional Municipality of Wood Buffalo, home of the Horizon mine and most of Canada‘s other oil sands operations, declared a local state of emergency late last month. Since then, infections and deaths have steadily increased.

The latest victim was a worker in his 60s, who had two children and seven grandchildren. He had been employed at CNRL’s Horizon site as a pipefitter since the end of March.

Alberta has been ravaged by a third wave of the pandemic directly attributable to the policies of the Canadian ruling class, implemented by the federal Liberal government and with particular enthusiasm by the province’s United Conservative Party (UCP) government, prioritizing corporate profits over saving lives. Currently, Alberta has one of the highest per capita infection rates and active COVID-19 cases in North America and, proportionately, Wood Buffalo is the hardest-hit region in Alberta.

According to local public health officials, there are currently 30 outbreaks in workplaces and 19 in schools in Wood Buffalo, and 31 patients with COVID are hospitalized at the Northern Lights Regional Health Center (NLRHC) in Fort McMurray, the main population center of Wood Buffalo. Eight of the 31 patients are in intensive care (ICU), but just in the last week, another 16 ICU patients were transferred from the NLRHC to hospitals in Edmonton.

Across the province, there are 241 COVID patients in intensive care units. In anticipation of a continuing wave of infections and deaths, the UCP government is hastily building more field hospitals, even as it orders schools across the province with the sole exception of those in Wood Buffalo , to reopen next Tuesday.

Throughout the pandemic, oil sands mining operations and the labor camps that support them have been designated as an essential service by the far-right UCP government, led by Jason Kenney, and have therefore been exempt from any restriction on their operation at full speed. When the government was recently forced to announce a new rule that workplaces with 10 or more infections must close, the energy sector was excluded as an â€œessential serviceâ€.

As of Wednesday, the CNRL Horizon epidemic, now the largest in Canada, had infected 1,496 workers. There have been dozens of other COVID-19 outbreaks at other CNRL and oil sands operations across Alberta.

The most infectious virus variants, including the UK variant B.1.1.7 and the Brazilian variant P1, make it impossible to contain the spread of the virus by aerosol in a labor camp crowded with passing workers from across the country. Several CNRL employees told Global News that lunch breaks in particular have acted as mass-market events, as workers are crammed into small trailers with no possibility of social distancing. â€œThey put six people at one table and six tables per meal trailer,â€ said one worker. â€œThirty-six workers in a trailer. This is the exact situation my shift had to (endure) as well. “

Despite the extremely dangerous conditions, many workers have no choice but to risk their lives to make ends meet. Many work 12-day and two-day shifts, which means they stay in camp even when they are not working. Workers who show symptoms or test positive must remain in the isolation wing of the camp, where they do not receive adequate care or even follow-up from medical professionals.

the World Ssocialist Web Site interviewed Greg, a veteran of oil sands camps, who explained the conditions facing tens of thousands of workers in Alberta’s highly profitable energy sector. â€œIt’s important for the public to know that epidemics like at CNRL Horizon or Cargill (meat packing plants) are not some kind of anomaly,â€ he said. â€œThese are not accidents, but the inevitable result of federal and provincial government back-to-work and herd immunity policies dictated by the business elite.

â€œCurrently, I am working on a new plastics plant in Fort Saskatchewan, Alberta, which has been labeled ‘essential’ throughout the pandemic. But Canada can get a lot of plastic from other factories in the country, or even import it. How can this company be allowed to put more than 2,000 workers and their families at risk for a redundant plastic factory that just generates more landfills? The only â€œessentialâ€ thing about this factory is that it can accumulate profits for its wealthy investors, regardless of the cost to the working class.

As the WSWS previously reported, the COVID-19 outbreak at CNRL’s Horizon site began last October. But as the company brought many more workers to the scene for its labor-intensive spring maintenance in April, the virus spread like wildfire through the camp, neighboring communities, and even across the country. across Canada as workers returned home infecting scores every day. Oil sands workers commute from all over Alberta and many migrant workers arrive and return to Newfoundland and the other Atlantic provinces.

Global News interviewed the distraught wife of a gravely ill worker, father of eight, who contracted COVID-19 at Camp CNRL Horizon in April. Recounting an experience that has undoubtedly been shared by thousands of additional families, she explained, â€œThis job was important to our family because COVID-19 caused my husband’s workplace to shut down more than a decade ago. ‘a year. It was difficult to find a job and so (when) this opportunity was given to him we gratefully accepted it.

Describing her condition in the camp after her infection, she said: â€œHe could only speak in one or two word responses, so I asked him to call a doctor because he had not received any. medical, physical control. check-ins for seven days at that time. “

The 51-year-old worker was then evacuated to the University of Alberta Hospital in Edmonton, where he was put on extracorporeal membrane oxygenation (ECMO), a machine that pumps and oxygenates a patient’s blood. outside the body, allowing the heart and lungs to rest.

When Global News asked Alberta Federation of Labor President Gil McGowan for his reaction to the interview, he said he was not blaming oil companies for the dozens of COVID outbreaks. 19. He said, “The problem was that the provincial government set the (COVID-19) standards too low” for workplaces.

These comments are incredibly cynical from an organization that since the spring of 2020 has called on the anti-labor UCP government to reopen the economy “safely” amid the worst pandemic in a century. This campaign, combined with unwavering union opposition to any labor action by workers to shut down dangerous workplaces in order to save workers’ health and lives, provided Kenney with the political cover he needed to eliminate any restriction on operations of large companies. a decision requested and welcomed by the major oil companies in the province in particular. That McGowan now seeks to clear the liability of these multi-billion dollar corporations for the dire conditions they have helped create in the workplaces and for families across the province, all in the name of securing payments to shareholders, emphasizes that his organization is on the side of the bosses, not the workers.

the World Socialist Website calls on Alberta’s energy workers to draw the necessary conclusions and fight to build new organizations to fight the pandemic and save lives. Basic safety committees are urgently required at every workplace to lead a fight to stop all non-essential production with full pay for all workers, the provision of the best safety equipment and health care to workers who must continue to work. and financial and social support for families until the pandemic is brought under control. These measures can be financed by confiscating the vast sums of wealth amassed by the big oil companies and their very wealthy shareholders, as part of a worker-led counter-offensive to place the protection of workers’ health and lives. before the accumulation of private profit.

How New Brunswick is leading the way for prudent carbon pricing