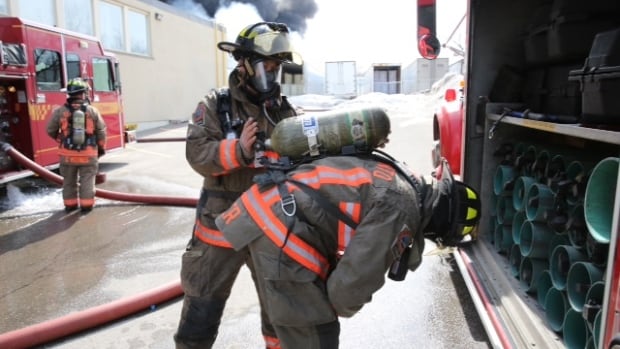 Thunder Bay Fire Rescue asks the council to keep things as they are regarding a possible realignment of some fire stations in the city.

In a report presented to city council on Monday evening, the fire department also recommends that council approve the replacement of the Vickers Street fire station; this, however, would be a long-term project, with the new building opening in 2032.

Monday’s report is an implementation update of the Thunder Bay Fire Rescue Master Fire Plan, which was originally filed in December 2020.

This plan was compiled by a consultant and included a number of options, one of which was to replace the existing Vickers station with a smaller two-span building nearby and relocate the fire department’s administrative offices on the upper level of North Central Station. on Water Street.

However, Thunder Bay Fire Chief Greg Hankkio said the fire department administration is not supportive of the plan for a number of reasons.

“Unfortunately, when the report was presented, it [were] no precise financial data that accompanied these options,” he said.

Hankkio said moving the fire department’s administrative offices to North Central would require extensive renovations and would likely cost the city about $5 million.

This, he added, does not change the fact that the Vickers station will also need to be replaced.

“It’s an older building,” he said of Vickers. “We have 17 employees working here.”

“It’s not designed for that many people,” Hankkio said. “We have ergonomic problems because of a sloping floor.”

Additionally, Hankkio said, replacing Vickers Station with a smaller building in a different location would cause fire response issues in the south core; The northern and southern cores of the city have the highest fire risk, he said, which is due to a number of factors, including the density and age of buildings and homes in those areas. areas.

Hankkio said the fire department is also asking the board to consider allowing it to lease space for its administrative offices.

“We realize there are additional operating costs associated with this,” he said. “But if it works for us and we can operate administratively, maybe by 2032, the replacement cost [Vickers] the station is cut in half because we just need a self-contained fire station at this time.”

The report also recommends that the council provide the fire department with an additional $65,000 each year, which would be used for facility maintenance.