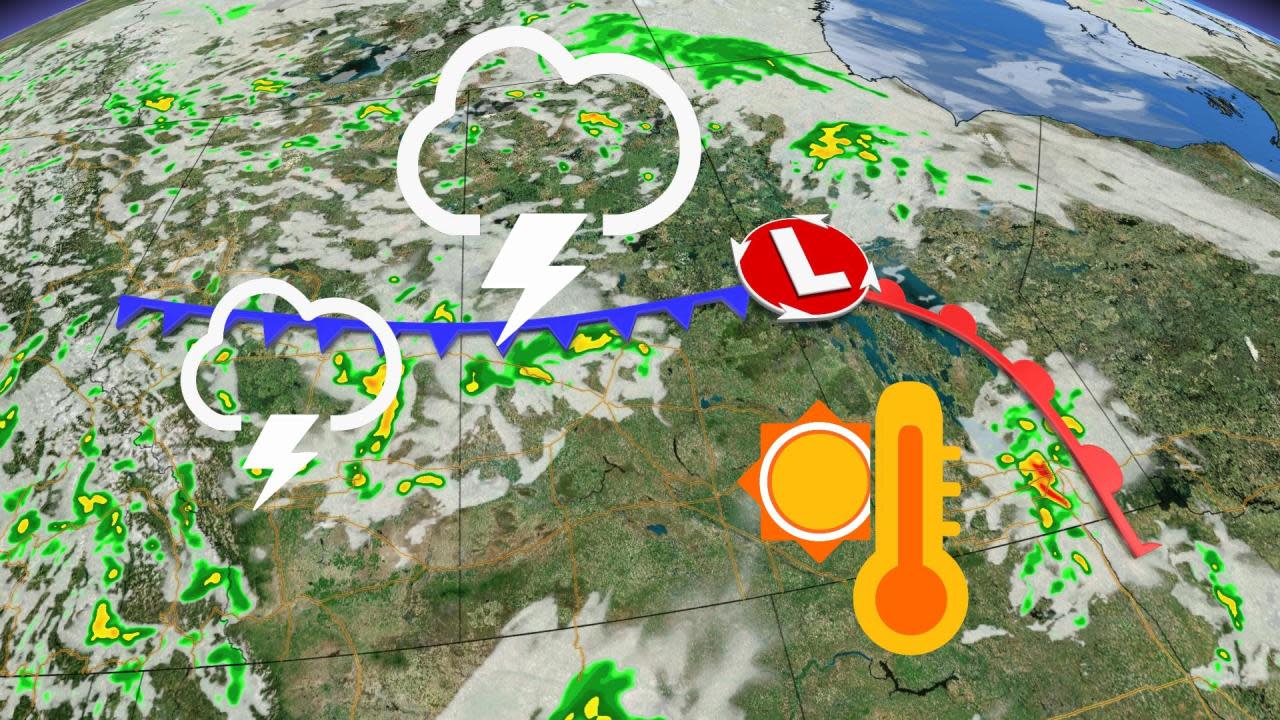 Potential for severe thunderstorms in parts of the Prairies on Saturday afternoon, with tornado warnings in Alberta and Saskatchewan for some time. All warnings were dropped by 5 p.m., although overnight showers are still possible in Manitoba. Beyond that, storm risk shifts eastward beyond the Ontario border, and the week beyond features variable temperatures and the possible return of unstable weather.

SUNDAY AND BEYOND: BRIEF HEAT BREAK, POSSIBILITIES OF SPORADIC THUNDERSTORMS

Behind a cold front, parts of southern Manitoba will experience a slight relief from the heat on Sunday, but we must stress that this would still mean temperatures above seasonal normal.

It will once again stand out on the other side of the Prairie region, where some cities will struggle to even reach 20 Â° C.

The risk of a storm across the region will be mostly limited to northern areas, and only then not severe, but people in southern Manitoba should keep a watchful eye on northwestern Ontario.

Forecasters see widespread severe risk just above and along the border between the two provinces, which could change somewhat by Sunday. If storms do occur, they will be marked by large hail, strong winds and heavy rainfall.

Beyond that, conditions will remain predominantly dry in the southern Prairies until early and mid next week, with the western Prairies remaining mostly cool. The 30-degree heat, however, will return to southern Saskatchewan and Manitoba.

The jet stream pattern will also turn favorable for more widespread volatile weather next week, with forecasters monitoring a potentially important system in the second half of the week. This could bring heavy rains and widespread thunderstorms, although it is still too early for exact details on this setup and the areas that will see the heaviest rains.

Stay tuned to The Weather Network for the latest forecast updates for the Prairies.