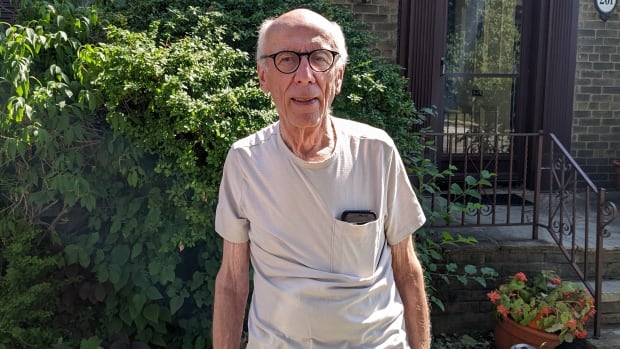 Just when residents on a street in downtown Toronto thought months of “hell” construction was over, the city ordered much of the work redone, meaning they will have to endure torn asphalt, blocked driveways and traffic jams until at least the beginning of September.

Arthur Eklove has lived on Glen Cedar Road, just south of Eglinton Avenue West near Allen Road, for 40 years. For the past two months, he had been anxiously awaiting the end of the disturbances, but crews are now back to resurface part of the street, he told CBC Toronto.

“It was a bit sickening to see them tearing up the asphalt they just poured two weeks ago,” he said.

Glen Cedar Road, between Eglinton Avenue West and Ava Road, has been torn up since June. The city had planned replacements of roads, sidewalks and water pipes. The work was to be completed by August 15. In fact, they were almost finished when “weak points” were detected in the asphalt. Now construction has resumed, and residents like Eklove said they weren’t told when this next round would end.

In the meantime, most of the street has been closed as workers dig up the southbound lane.

Service vehicles were allowed access, but residents were asked to move their vehicles to other nearby streets. Some can’t even get into their own driveways.

The works “had to be corrected”, says the city

City spokesman Brad Ross told CBC that workers in Toronto had detected flaws in roadwork, meaning construction was set to resume on Monday.

“A geotechnical expert said that for the long term life of the road, this needed to be fixed,” he said.

Eklove, however, said the construction company told him the city was aware of this potential issue before work even began.

D. Martino Construction told CBC Toronto via email that his workers did the job according to city instructions and weak spots became apparent during construction, which meant the scope of the project had to be changed.

In an email to CBC News, the city said its geotechnical consultant had made repairs to weak spots identified by the contractor, but due to heavy rains during construction, the repairs need to be redone.

The entire project should be completed, weather permitting, by the end of the first week of September, Ross said.

He also wanted to reassure residents that no additional money has been spent to continue the road works.

“Gap and other work is on budget,” Ross said, noting that the budget for this project is $5.39 million.

Drivers often use the street to get to Eglinton Avenue West, which can create traffic congestion in the area, she said.

“You can’t get to Eglinton on a good day, but when … the northbound streets are closed, it’s the traffic jam from about 2:30 to 7 p.m.,” she added.

Com. Josh Matlow, who represents the area as part of Ward 12, St. Paul’s, said the city only made the problem worse by scheduling the project so close to the ongoing construction of the Eglinton Crosstown LRT.

“The city has not communicated sufficiently with Metrolinx and its contractor Crosslinx to determine whether or not the two projects should proceed at the same time,” he told CBC Toronto.

It’s understandable that residents of this street are frustrated given that they’ve already endured 10 years of construction on Eglinton, Matlow said.

Intergovernmental agencies need to communicate better with each other, he said. He wants all agencies to work together to ensure communities can continue to function during construction projects.

Matlow brought a motion to council last month aimed at mitigating the impact of construction on downtown neighborhoods.

“When doing public works projects…they have to keep the public’s quality of life in mind during the construction process itself,” Matlow said.

Meanwhile, Eklov says the whole situation has been a mess due to poor city planning.

“It needs to be done. There is too much traffic on this particular street,” he said.

“It’s doing it and then doing it again… It just doesn’t make sense.”