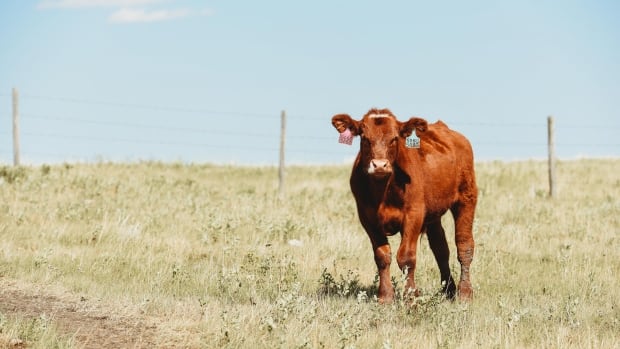 Torrential rains across the Prairies may not be enough to end prolonged drought conditions. here’s why

CBC Alberta and Saskatchewan have teamed up for a new series about weather and climate change in the Prairies. Meteorologist Christy Climenhaga will bring her expert voice to the conversation to help explain weather phenomena and climate change and their impact on daily life.

After last year’s heat and record dry weather, the rain this spring and summer has been welcome for many people on the Prairies.

Yet despite all the rain, drought conditions persist in Alberta and Saskatchewan.

And although it seems that this extra rain is the solution to the drought, is it enough? Although it may be hard to believe, the answer is probably no.

Trevor Hadwen, an agroclimate specialist with Agriculture and Agri-Food Canada, says many parts of western Saskatchewan and most of southern Alberta are experiencing moderate to severe drought.

Last summer’s drought was the worst in about 70 years for drought extent and severity, according to Agriculture and Agri-Food Canada.

Hadwen says the rain this spring just isn’t enough to compensate for the moisture loss.

“Just because conditions have improved doesn’t mean all the impacts of last year’s drought are resolved,” he says.

Pastures across the Prairie region are below normal levels in terms of production based on the dry fall period. According to Hadwen, there are also problems with shortages of hay and animal feed.

“The moisture we received this spring has certainly improved the situation, but there are still a lot of problems in the agricultural sector that we are trying to solve.”

The sky opened up in June

This month of June has been marked by incredible precipitation in Alberta and Saskatchewan.

Edmonton has seen almost twice its normal rainfall for June so far.

Calgary saw the Bow River flood and the city declared a local state of emergency, and in Saskatchewan intense storms accompanied by torrential rains turned parking lots into swimming pools.

This, combined with higher snow accumulations last winter, brought relief to many regions crippled by drought.

“We are definitely seeing some improvement in terms of drought severity across Alberta,” Hadwen said.

Western Saskatchewan has also seen some improvement, but the central region around Rosetown, Kindersley and Leader is still quite dry, he says.

So how can we still talk about drought in the midst of torrential rains? Hadwen says there are a few factors at play. One has to do with how quickly some of this month’s rain fell.

“If you’re looking at recharging the water supply, these big rain events definitely help,” he says.

According to Hadwen, this precipitation will fill dugouts and reservoirs, but things like soil moisture and soil reserves are a different story.

“These heavy rains tend to run off a lot more and get into the water supply and not benefit our groundwater, reserves and soil moisture,” Hadwen said.

The variety of rainfall amounts is also a factor. In Saskatoon alone, heavy rain on June 20 brought more than 100 millimeters of rain to parts of the city, but only one millimeter of rain was recorded at the airport.

Del Erickson is a retired farmer who lives about 30 kilometers east of Leader, Saskatchewan, in the southwest corner of the province. The region was still well into dry conditions this spring after being sapped with moisture last year.

“A lot of the canoes were dry and there were hardly any quagmires last summer. And the ones that had a little water basically dried up.”

Erickson says the cultures around his area have emerged quite well despite this. He says that although there was enough moisture to get them started, they suffered badly before there was a lot of rain.

“They’ve improved since the recent rains, but especially the previous crops that had good growth, they’ve been quite damaged. And they can’t recover.”

He says a drive from Saskatoon to his land in the southwest shows the crops haven’t recovered as much as he would have thought.

Meanwhile, producers in central Alberta are feeling some relief. That’s according to Charlotte Wasylik, who raises cattle, sheep and chickens, as well as barley, oats and alfalfa with her family near Vermilion, Alberta.

Wasylik says last year there was pressure on their farm, especially feed.

“Last year around this time we were getting ready to cut our hay and we usually don’t start until mid-July. Everything was drying out,” she says.

Wasylik says they had less than half the number of hay bales than usual due to the harsh, hot weather, which can be stressful for winter feeding.

“We had about a day’s worth of food left for all of our animals until we moved them. And that’s just a really scary position.”

This year’s rain in central Alberta has brought relief to Wasylik and his family.

“As soon as it all started to rain, we felt a bit better. So we’re at a really good point. All the pastures and fields are looking really good.” she says.

She adds that the weather must continue to cooperate in order to fully recover from last year’s drought.

“We’re always going to keep our fingers crossed for rain and we can never be too confident about the humidity level. As long as we kind of get to mid-July and there’s still good humidity coming from the sky , we will be quite happy.”

How much rain is really enough?

Due to the duration and severity of the current drought, recovery will take time for soil and plant life.

“Plant communities take longer to grow, replenish, and return to what they should be at a mature state,” Hadwen says.

What increasing drought will look like on the Prairies

As the climate continues to warm, the Prairies will see both more and less precipitation. CBC meteorologist Christy Climenhaga explains.

“So even in areas of Manitoba that have flooding, we still face all of these same issues.”

Hadwen says areas that are still in drought conditions are still looking around 60 to 80 millimeters in terms of annual moisture deficit, or how dry the soil is relative to the water it can hold. But as our dry years accumulate, regaining that deficit does not completely solve the problem.

“Even filling this annual deficit does not really recharge the whole system, but it will certainly bring us back to near normal levels in terms of pasture production, annual crop development and water supply.”

And because we’re just emerging from this drought, it’s a slippery slope that we can easily fall back into.

“Certainly in the western Prairies right now where we don’t have that good groundwater build up, we’re going to be back in a drought situation with two or three weeks of hot, dry conditions.”

Our planet is changing. Our journalism too. This story is part of a CBC News initiative called “Our Changing Planet” to show and explain the effects of climate change. Keep up to date with the latest news on our Climate and environment page.