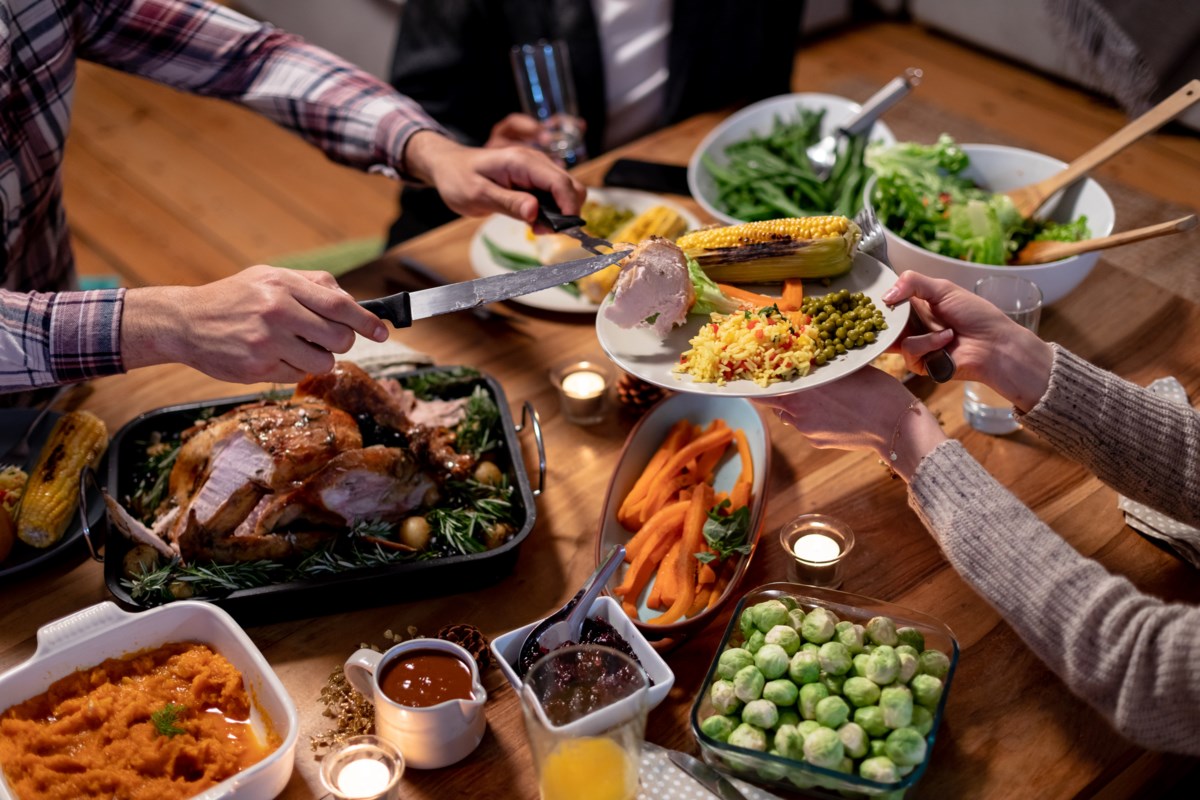 The poll found that the majority of Canadians (75%) celebrate Thanksgiving, which falls on Monday, October 10 this year.

Thanksgiving is the perfect time to sit down with the family and gorge on sleeping turkey.

But do you prefer white or dark meat?

Some may even prefer ham over turkey. Do you like your mashed potatoes smooth or lumpy?

These are the great Thanksgiving debates that a new Maru public opinion poll has sought to settle.

The poll found that the majority of Canadians (75%) celebrate Thanksgiving, which falls on Monday, October 10 this year.

Ontarians are the most likely to celebrate (88%) while Quebecers are the least likely (40%).

Turkey was a big hit when it came to the favorite main dish, with 58% of people choosing it over ham, which received just 3% of the vote.

A vegetarian Thanksgiving? Not very popular, with only 2% saying they prefer a meatless feast.

White turkey meat (60%) prevailed over dark meat (40%). And for those with a sweet tooth, butter tarts with raisins (59%) were more popular than without raisins (41%).