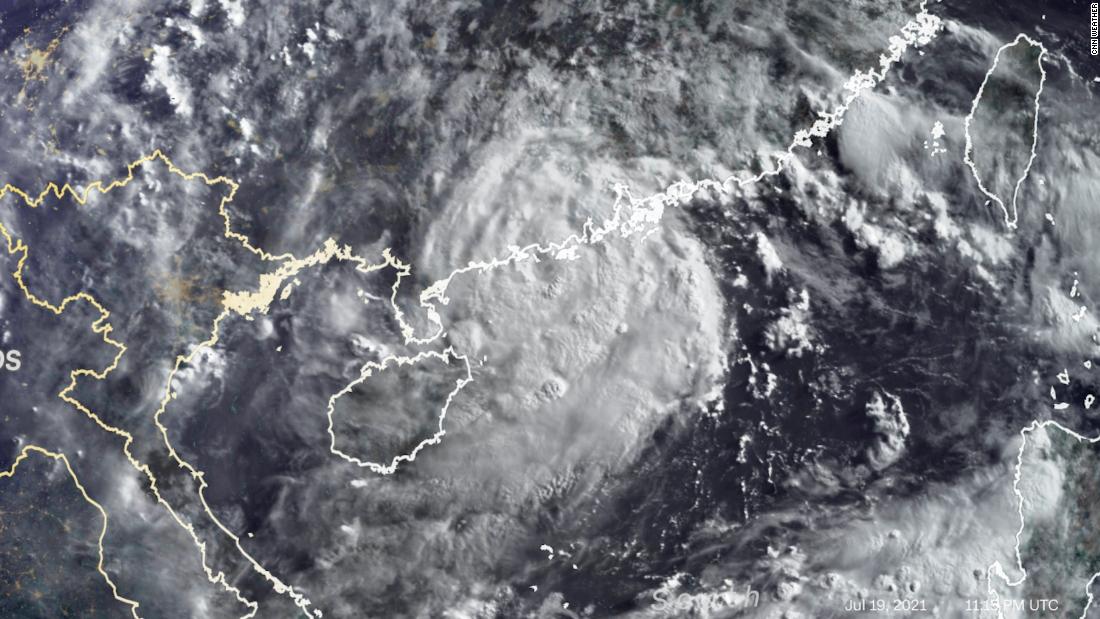 Tropical Storm Cempaka turned into a typhoon early Tuesday over the South China Sea. The storm had winds reaching 120 km / h (75 mph) and was located about 185 kilometers (115 miles) southwest of Hong Kong at 5 a.m. (5 p.m. ET).

Cempaka is not expected to escalate as it approaches dry land. A strong wind signal No.3 was in effect for Hong Kong, indicating wind speeds of 41 to 62 km / h (about 25-40 mph), according to typhoon warning signals from the Hong Kong Observatory. .

The other storm, In-Fa, is moving further north, mainly affecting the southern islands of Japan and Taiwan. It is expected to turn into a typhoon on Tuesday night, but it is unlikely to interact with Cempaka.

In-Fa is expected to bring rain to Japan ahead of the Olympics, which open in Tokyo on Friday. The big waves associated with the storm can be a boon to surfers training for the first Olympic surf competition.

Cempaka is expected to make landfall on Tuesday afternoon or evening near the city of Yangjiang in China’s Guangdong Province, bringing heavy rains and flooding to the southeast of the country for much of this week.

Widespread precipitation of 100 to 200 millimeters (about 4 to 8 inches) is forecast for the provinces of Guangdong, Guangxi and Hainan. Isolated locations could approach 500 millimeters (about 20 inches) until Friday local time. There will also be strong gusting winds, especially near the coast where the storm will hit land, which could cause isolated power outages.

The Joint Typhoon Warning Center said it expects Cempaka to meander over those provinces and possibly return over the South China Sea by this weekend, maintaining a high risk of rain. and flooding, especially near the coast.

In-Fa, meanwhile, will become a midweek typhoon as it heads to Taiwan. By Friday, it is expected to graze the north of the island, bringing much-needed rains, as Taiwan suffers its worst drought in more than 50 years. In-fa is then expected to make landfall over China late Saturday evening through early Sunday morning local time along the central coast of Fujian Province.

Strong typhoons occur regularly during the summer in southern China, although they can form throughout the year due to the warm waters of the Pacific. So, unlike the hurricane season in the Atlantic, the typhoon season in the West Pacific does not have a definite start and end.