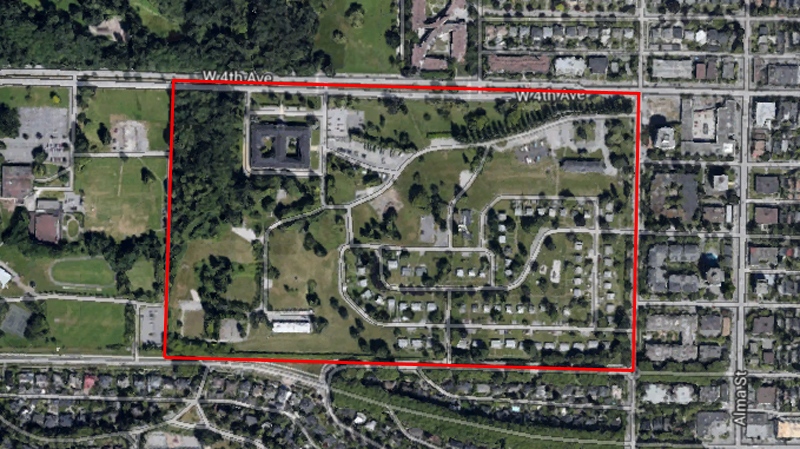 A group of West Point Gray residents are asking the city and three local First Nations to press the reset button on plans for a new community on the Jericho land site.

Both concepts call for multiple uses and building sizes, including some residential towers up to 38 stories.

“This is a battle for the soul of Vancouver. And it’s about towers, it’s not about one place,” said Bill Tielman, spokesman for a group of residents calling themselves the Jericho Coalition. “It’s about citywide towers and citywide development. And the developers are winning right now.

In this case, those proponents are the Squamish, Musqueam and Tsleil-Waututh First Nations who have been stewards of these lands for thousands of years.

Together with the Canada Lands Company, an agency of the federal government, they co-own the undeveloped 90-acre parcel of land.

Draft plans they released show homes for nearly 20,000 residents of the community, who could also have their own stop on a possible future Broadway subway extension at UBC.

“Transportation and density are the means by which we can create more housing and make it more affordable in the region,” said economist Tom Davidoff, who teaches at UBC’s Sauder School of Business.

The Jericho Coalition says there are a number of reasons it opposes the plans in their current form.

The group has released their own artistic renderings which aim to show the impact the development could have on existing views.

They also raised the issue that the proposed towers could cast long shadows over Jericho Beach Park at certain times of the day during the winter months.

“Keep it to a maximum of eight stories, an average of six stories, do a lot of infill housing,” Tielman said. “There are 90 acres of land. There is plenty of room for affordable housing. It doesn’t have to be tricks.

Before Europeans set foot in what is now known as Vancouver, Jericho Beach Park was home to a year-round Indigenous village.

The city highlights this in some of the documents it shares with residents about the future of the site.

These documents also list reconciliation as the first item on a page titled “goals.”

“Asking locals to teach First Nations lessons on how to develop their own site to make residents happy is out of place,” Davidoff said.

CTV News has contacted each of the three First Nations involved in the project and MST Partnership, but none have yet responded.

There have already been two years of public engagement on the future of the Jericho lands.

Concept designs are still being refined, and at some point City Council will have to vote to approve the plan with high-rise towers or ask First Nations to come up with another concept.