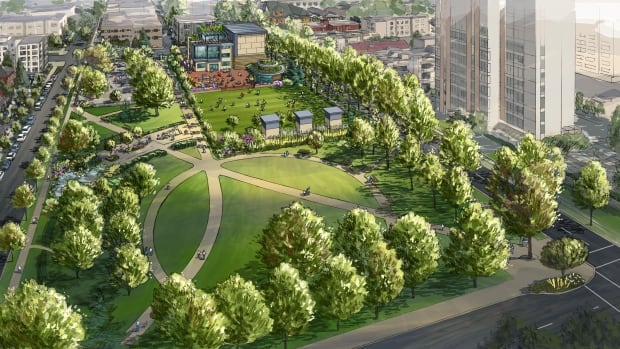 BC Hydro has paid the Vancouver Park Board $8 million to use sections of Nelson Park in the city’s West End as they plan to build an underground substation from 2024.

The utility had applied to the park board for a section of right-of-way in the park so it could build underground power lines, as well as driveway access, to allow access to the eventual substation.

The project, to be called the West End Substation, will be built under the site of Lord Roberts Annex Elementary School – a move approved by the Vancouver School Board back in 2018 despite some protests from residents.

The school is about to be demolished, with students being temporarily moved to a new school in Coal Harbor. Eventually, a new school will be built on the Nelson Park site, but it won’t be until 2029 according to current plans.

“Access to rights-of-way at Nelson Park is an important element for a new underground substation in the West End that will serve the city center for generations to come,” said Chris O’Riley, CEO of BC Hydro. , in a press release.

The utility says the new substation is needed to meet growing electricity demand in downtown Vancouver and that the 70-year-old Dal Grauer substation had ‘aging’ infrastructure which needed refurbishment.

The Park Board said it would use the $8 million compensation to improve parks in the West End, a densely populated part of the city on the downtown peninsula.

“Nelson Park provides essential access to nature for West End residents and is a space used for health, wellbeing and recreation,” the council said in a statement.

“There are currently 20,000 residents living within 10 minutes’ walk of Nelson Park and the population of the West End is expected to increase by 30,000 over the next 30 years.”

BC Hydro noted in its statement that construction of the underground power line in the park will take place “over one or two winter months”, when the annual West End Farmers’ Market will not take place.

Their plans for the substation also include a playground in the park and space for the new school. Construction is expected to begin in mid-2024, following construction of the new Coal Harbor School.

“Building our substation is expected to take five years, with approximately three years involving visible active excavation and construction, similar to the construction of a large condo tower,” the utility said. on its website.

After initial construction, BC Hydro says most construction activity will take place underground and will be less visible to park users.