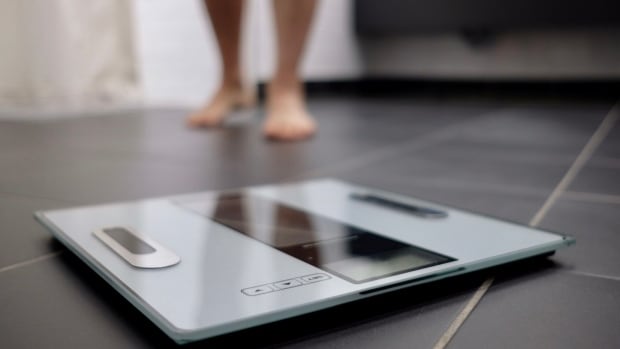 WARNING: This article contains details about an eating disorder

When Sally Chaster in Victoria suffered a relapse of anorexia nervosa in April 2021, she knew she wasn’t going to pull through on her own.

She was losing a lot of weight and was very weak.

“During that time, I was in the worst relapse of my life,” said Chaster, who was an executive director in public service before going on long-term disability due to anorexia.

She attended a nutrition group and worked monthly with a case manager while waiting to be admitted to St. Paul’s Hospital in Vancouver.

She was admitted in December and spent six weeks in hospital.

“I waited eight months and seriously thought I was going to die,” she said.

“It’s a long wait, especially when you’re getting sicker and sicker.”

Wait times for eating disorder treatment in Canada have increased during the COVID-19 pandemic.

Psychologists, pediatricians, counselors and others across the country said they have seen an increase in referrals throughout the pandemic for eating disorders. In many areas, this increase has resulted in longer wait times for publicly funded treatments.

In some provinces, wait times for community and outpatient programs can range from six months to 18 months or more.

“When you look at eating disorders and the behaviors associated with them, they can escalate and get worse. And the pandemic has certainly contributed to that. So it’s really concerning when you look at those wait times. said Julia Klassen, an eating disorder counselor with the Provincial Community Eating Disorder Prevention and Recovery Program (PEDPRP) in Winnipeg.

Access to these services is not uniform across the country; the territories and some Atlantic provinces do not have public hospital or residential services for eating disorders.

What has changed during the pandemic?

Wait times vary across the country and vary depending on treatment options, such as inpatient care or outpatient services

Dr. Kathryn Trottier, clinical psychologist and clinical program manager for the Eating Disorders Program at the University Health Network in Toronto, said the average wait time for their inpatient beds is about two to three. month.

But the wait for their outpatient program is now 18 months, “whereas before the pandemic access to this treatment was quite quick,” she said.

WATCH | The pandemic has doubled the number of serious eating disorders:

The pandemic has doubled the number of serious eating disorders

The waiting list for the community PEDPRP in Winnipeg has also grown.

“We used to look at a wait of six to 12 months to get into our program, whereas now we’re looking at 18 months or more,” Klassen said.

In Nova Scotia, referrals and wait times have doubled, according to a statement from Nova Scotia health officials. Wait times for the three inpatient beds in the province average one to two months and four to six months to access the eating disorders clinic at the QEII Health Sciences Center in Halifax.

Dr. Ayisha Kurji, one of the few pediatricians in Saskatchewan treating young people with eating disorders, said referrals to her clinic have at least doubled in the past two years.

She said part of the reason demand for eating disorder treatment has increased is that many have seen their routines disrupted by the pandemic.

“Now instead of having to get up and go to school and have breakfast, set your lunch time… that’s gone. And that was a big difference for a lot of kids,” said said Kurji, adding more time during the pandemic to check social media has also been a trigger for many of his patients.

The surge in demand continues at a time when many hospitals across the country are facing staffing shortages, demand in emergency departments and another wave of COVID-19.

Patients are feeling the impact of increasing pressure on Canada’s healthcare system as staffing shortages force some hospitals and emergency departments to close. Experts warn this is a problem that could get worse with another wave of COVID-19.

Dr. Lara Ostolosky, psychiatrist and medical director of the eating disorders program at the University of Alberta in Edmonton, said she recently had to wait to admit a new patient due to a staff shortage. male nurse.

“If we don’t have adequate staff, we can’t safely admit,” she said.

While there are private options available in many provinces and territories, that’s not an option for everyone seeking help, Maharaj said.

Health professionals have stressed the importance of helping people with eating disorders as soon as they seek help for several reasons.

“We really want to catch people when they’re reaching out, when they’re probably most motivated and ready for care,” Trottier said.

Ostolosky added that the best treatment is in the person’s first or second year of illness because neuroplasticity in the brain “is still there,” meaning the brain can still be rewired to function differently, and for patients younger, the neural pathways that affect eating are still being worked out.

“We get them back the right way by re-feeding them and that sort of thing. But the longer it goes on, the more ingrained it is and the more difficult it is to get out, which will require longer hospitalizations later on. And so people wait 18 months, well it’s a long time to be sick, to deteriorate,” she said.

Access to publicly funded treatment for eating disorders varies across Canada and services differ depending on whether a person is an adult or a minor.

According to data collected by NEDIC in 2019, there were approximately 250 inpatient, day and residential spaces in Canada, not including outpatient services.

According to NEDIC data, Nunavut, New Brunswick, Prince Edward Island, Northwest Territories, and Yukon do not have publicly funded inpatient, day, or residential options. the state.

LISTEN | A spike in eating disorders in Canada’s North:

It’s a troubling trend, and it’s affecting the lives of young children and teens across the country, including the Northeast. During the pandemic, more and more children are being treated for eating disorders, which is tripling wait times for treatment. Health Sciences North’s Regional Eating Disorders Program reports that referrals to the program for those under 18 have increased by 94% since 2018. To learn more, Sam Juric spoke with Anne-Marie HSN’s Baker Devost.

“When I think about the pillars of the Canada Health Act, I think I can really say clearly that we don’t have equitable services for people with eating disorders, and we don’t have coverage equitable mental health care in Canada from a universal level system,” said Maharaj.

Along with increased funding to provide more services, many of those who work with people with eating disorders who spoke to CBC said access to care needs to be improved.

Marlo Docherty, who lives in PEI, has suffered from an eating disorder for over 30 years.

She was out of province in Ontario for treatment, most recently from December to February of this year.

Although she said the treatment was “exceptional” and funded by the PEI government, it can be difficult to return home without publicly funded medical support.

“It’s frustrating because it’s like you’re going back to old behaviors,” she said.

“It’s something we really should change.”

Ostolosky said the quality of treatment approaches in Canada could also be improved.

“What I see happening in eating disorder programs across Canada…is that as soon as the person is referred and at a normal weight, they are sent to a very limited day program,” she said, adding that people should be kept in acute care. settings longer so they can be better supported.

A spokesperson for Health Canada said in a lengthy statement that research into eating disorders and the development of mental health standards are ongoing and that the federal government remains “committed to working with the provinces , territories and other partners to promote access to high-quality mental health and addictions services.” services to Canadians with a range of needs.

Maharaj said Canada’s “patchwork” treatment system is something that needs to be addressed. And while there are long waiting lists in some provinces, he points out that support is available “one way or another.”

“I want them to always know that while things are broken there are people trying to put them back together and it’s always kind of hot.”

Support is available for people with eating disorders.

People can call the NEDIC Helpline at 1-866-633-4220 or use their live chat during business hours at nedic.ca.