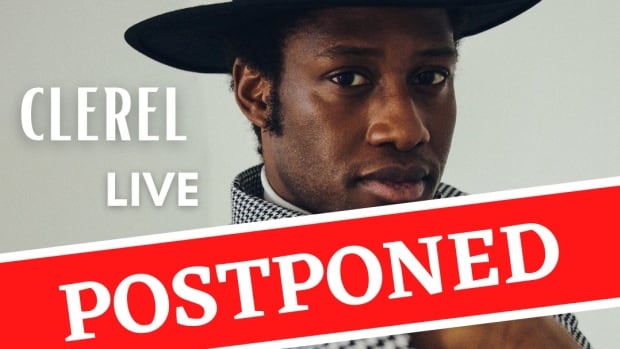 Events across Saskatchewan are canceled and postponed due to the increase in the number of cases of the Omicron variant.

Large gatherings are not limited to Saskatchewan like they are to other provinces, so decisions are up to the organizers.

The Saskatoon Symphony Orchestra has canceled its Disney Frozen in Concert show, scheduled for January 29. Refunds will be issued to all ticket holders.

Nutrien Wonderhub, Saskatoon’s children’s museum, has closed due to understaffing.

The Saskatoon Library had hoped to have extended hours in the New Year, but that plan is scrapped.

This year’s Luther Invitational Tournament (LIT), the long-running annual basketball tournament that was slated to start the first week of February at Luther College in Regina, is now canceled due to COVID-19.

On Wednesday, organizers of the Bedford Road Invitational Tournament in Saskatoon announced a similar cancellation of their event due to COVID-19.

On Thursday, Huskie Athletics announced the cancellation of the Sanderson Classic indoor track and field event on January 14 and 15, hosted by the University of Saskatchewan.

The Saskatchewan Winter Games, which were scheduled to take place in February in Regina, were canceled late Friday afternoon. The event was expected to host approximately 1,500 young athletes competing in a multitude of sports.

Valerie Sleuth, chair of the organizing committee, said the cancellation was based on advice from medical advisers concerned about the unpredictability of the Omicron variant.

â€œWe met our host organizing committee and I can tell you there were tears in the room,â€ Sleuth said. “And those tears weren’t for the people involved. It was because of the impact it has on the athletes who ultimately won’t be able to compete in this event.”

â€œThe Saskatchewan Games are a pivotal event for early career athletes,â€ said Sleuth. “It sets the stage for them to participate in games in the future. So we were all keen to provide this opportunity to these young athletes, and we are saddened today.”

Sleuth says that with the continued support of volunteers and the business community, the games could take place next February.

Upcoming Winterruption festivals in western Canada – including Regina, Saskatoon, and Swift Current – are postponed until at least March.

â€œWe were starting to investigate what to do with Omicron. And then as soon as public health restrictions fell in our neighboring Prairie provinces, it became clear that these Winterruption festivals in Edmonton, Winnipeg, etc., n ‘weren’t going to be able to move forward as planned,’ said Amber Goodwyn, artistic director of the Regina Folk Festival, which hosts Winterruption in the Queen City.

Goodwyn said festivals are not going to be able to sell enough tickets.

â€œWhen we bring artists to the Prairies, especially in the middle of winter, it has to be profitable for them as well. They need a tour. They can’t just fly to a one-time show in Regina. They need it to cross the Prairie provinces.

Goodwyn said this is one of the reasons the Winterruption Festivals were created in the first place.

The Moose Jaw-based Saskatchewan Festival of Words is a four-day summer literary festival that also hosts events throughout the year. He postponed his January 15 and 22 special concerts at the Mae Wilson Theater due to Omicron.

â€œWe noticed with the rapid ramp-up of Omicron that tickets started not selling around the beginning of January, and we just felt that people weren’t comfortable attending the. shows right now due to the increase in cases, â€said Amanda Farnel, operations coordinator. for the party.

“We can’t guarantee the safety of our crowds in the theater as much as we would like to say as we can. And so we thought it was best for everyone.”

Farnel said performers Dayna Manning and Clerel also didn’t feel comfortable traveling to Moose Jaw for the concerts with so many Omicron registers across the country.

Farnel said canceling and postponing events has become extremely time-consuming, disappointing and difficult for the artists, who have put a lot of work into the planning.

â€œWhat we’ve been talking about a lot lately is decision fatigue. Where you basically make what looks like life and death decisions almost on a daily basis, when it comes to the safety of people. And that makes it really tough. “said Farnel. .

â€œI think people don’t do the amount of work it takes to plan events, move events and have to be flexible all the time. There are a lot of moving parts and a lot of things that need to be coordinated to put it all together and put it all together. having to do it several times for the same show … it’s very difficult and very exhausting. “

Saskatchewan is the only province in the country without collection limits during this fifth wave of the pandemic. Farnel and Goodwyn said the province’s advice can be of great help at times like these.

â€œI still think strong leadership and proactive approaches to issues are a good idea. What happens when temporary restrictions are not put in place is that it offloads the problem onto other organizations and businesses and event planners who will do so in different ways. kinds of ways, not standardized, â€Goodwyn said.