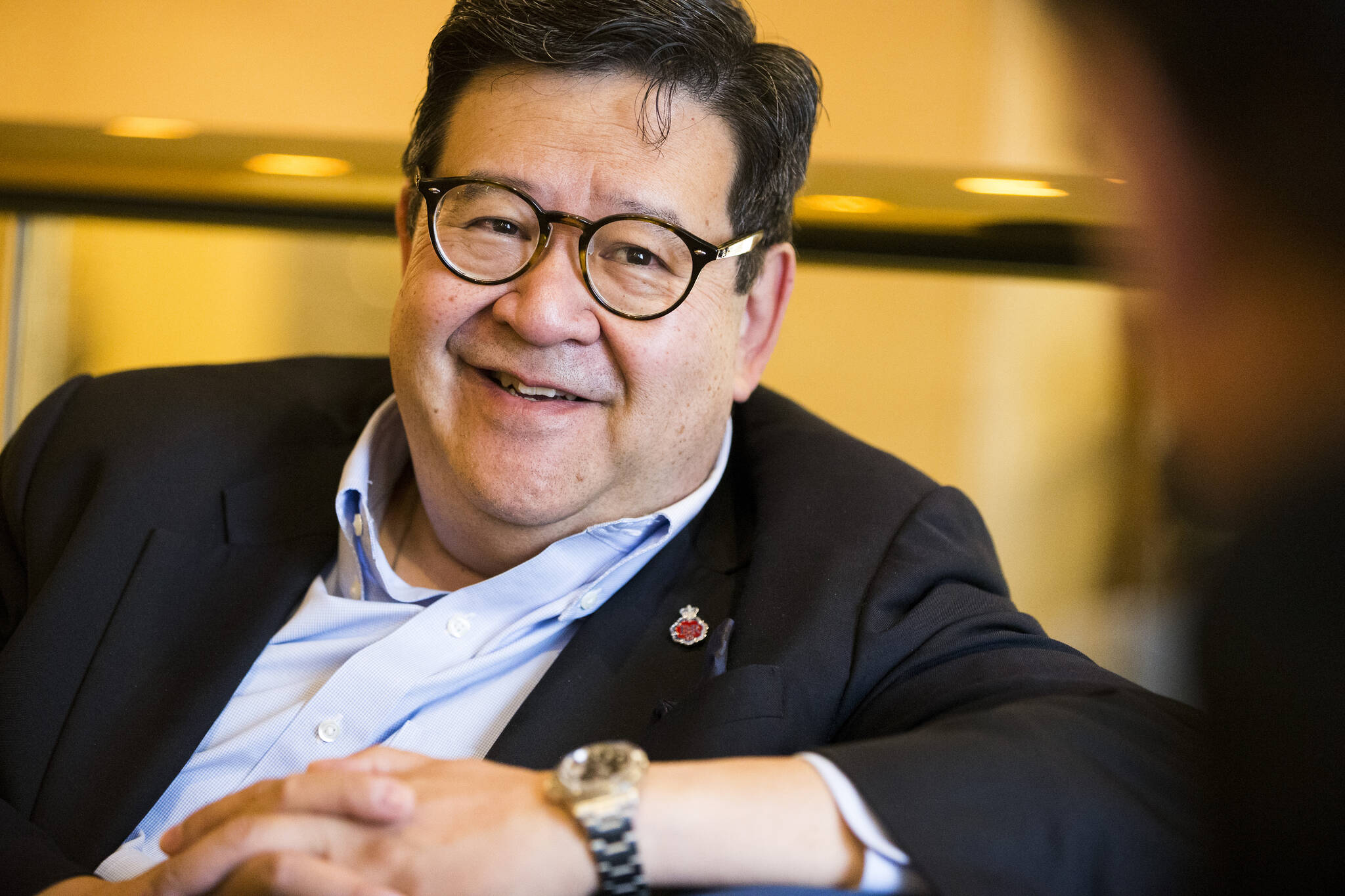 Gary Mar, Alberta’s former provincial cabinet minister, has the perfect blend of Alberta/Western Canadian exceptionalism and love of country for his current role as President and CEO. director of the Canada West Foundation.

In Winnipeg this week for the think tank’s final board meetings, Mar, 60, is the kind of guy who has personal, funny and loving stories about Gary Doer, the late Ralph Klein and even the late Queen Elizabeth .

He’s also not shy about declaring the CWF to be non-partisan, but in another breath he will denounce what he calls Prime Minister Justin Trudeau’s asymmetrical federalism (and also allowed that at one point the FCF derived some works later adopted by the Reform Party of Canada).

Funded in part by governments, private donations and a foundation endowment — including contributions from one of its four founders, former cabinet minister Pierre Trudeau and Winnipeg International Airport’s namesake, James A. Richardson — The CWF works on the kind of public policy issues that its 16-person staff thinks are important.

But as a general public policy body — rather than say the Fraser Institute which focuses on businesses with its plug-and-play funding focus — it has to choose what it works on.

For the past decade, he has focused on three areas of public policy research: human capital, natural resources and trade or people, products and markets.

To be based in Calgary and led by someone like Mar – who, in addition to his 14 years in cabinet, spent a few years as the province’s official in Washington, then in Asia, based in Hong Kong, then led the Petroleum Services Association of Canada. — that might sound a bit Alberta-centric.

Mar said there are many things that unite the interests of the four western provinces, perhaps none more obvious than transportation infrastructure.

“For example, more than half of the cargo exported from the Port of Vancouver comes from Western Canada,” he said. “We need the infrastructure to make sure the wagons aren’t whistling empty to rush into Vancouver to empty and fill with imports to stock the shelves of Canadian Tire stores.”

“The infrastructure you could build in the three prairie provinces could fill those cars,” he said. “There’s a return on investment (ROI) that you can associate with that.”

Unlike others in Western Canada who “lament that we are landlocked in the Prairies,” Mar is well aware of the significant potential of the Port of Churchill…even for oil exports. (He went on to talk about existing technology that can turn bitumen into solid pucks that can be wrapped in material and injected with air that will float on the ocean and be easily picked up if spilled.)

On the human capital side, CWF recently conducted research on the phenomenon of youth out-migration, an issue of concern to all three Prairie provinces.

Janet Lane, director of CWF’s Center for Human Capital, said that while job opportunities are an important driver of youth emigration, it is not the only one. After focus groups and surveys with young people, she said they discovered it also had to do with whether or not “the place where I live will project the vibe I want to project. on myself”.

She said places like Winnipeg aren’t doing a good enough job of telling the city’s youth stories about attributes of the city that would be appealing to young people.

CWF’s jurisdiction is obviously not the most populous region in the world, but it is strategically important.

“The world is going to need what we produce in this part of the country,” Mar said. there are very few countries in the world that are food secure. Canada is one of the largest net food exporters in the world. It’s something we do really well. »

In addition to “doing a great job” in the area of ​​clean technology and the massive adoption of plant-based protein production in Manitoba and Saskatchewan, Mar also believes that Western Canada still has great opportunities in the fossil fuels, including building more LNG export depots and meeting global demand. for Canadian oil that “we shouldn’t waste”.

Martin Cash has written a column and business news for the Free Press since 1989. During those years he wrote through a number of economic cycles and the rise and fall (and rise) of the fortunes of many local businesses .