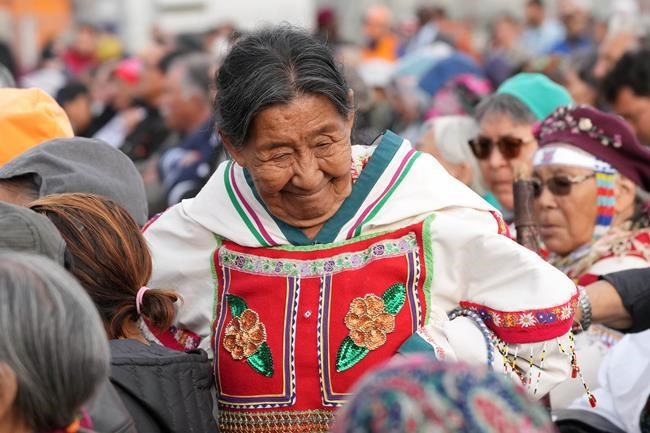 OTTAWA, West Virginia — Quebecers are more likely to say Jacques Cartier — or even Christopher Columbus — “discovered Canada,” compared to the rest of the country, which refers to Indigenous peoples, according to a new survey.

OTTAWA, West Virginia — Quebecers are more likely to say Jacques Cartier — or even Christopher Columbus — “discovered Canada,” compared to the rest of the country, which refers to Indigenous peoples, according to a new survey.

The findings are based on a web survey that polling firm Leger conducted for the Association for Canadian Studies from July 8-10, in which it asked a series of questions about the country’s historical narratives.

The survey revealed that when asked the open-ended question “who discovered Canada”, 21% of all respondents named Aboriginal people. Some 16% offered the name of Jacques Cartier, the French explorer who made several voyages to the country’s coasts and waterways beginning in 1534.

The survey reports that 15 percent of respondents said they didn’t know.

He says a remnant named a mix of Vikings, Christopher Columbus and Samuel de Champlain, another explorer credited with founding Quebec and helping to colonize the area for France.

The survey polled 1,764 Canadians and cannot be assigned a margin of error, as online polls are not considered truly random samples.

When the results were disaggregated by age, those aged 18 to 54 tended to say Aboriginal people in greater numbers than those aged 55 and older.

The concept of “discovery” is one that has been questioned in recent times, most recently during the visit of Pope Francis to Canada.

The 85-year-old pontiff faced repeated calls last month to denounce a series of edicts, known as papal bulls, dating back to the 15th century, which countries used to justify the colonization of land considered uninhabited then. that they were in fact home to aboriginal people. people.

The survey suggests a divide between how residents of Quebec and the rest of the country approach the question of “who discovered Canada”.

He reports that 46% of Quebecers credit Cartier with discovering Canada, compared to 11% in the province who chose Aboriginal people.

In contrast, the results show that 20% or more of respondents from British Columbia, Atlantic Canada, the Prairies, Alberta and Ontario chose Aboriginal people, while less than 10% of each chose Cartier.

Association president Jack Jedwab says that in Quebec there seems to be a greater tendency to see the country through the prism of the French and English nations.

“Whereas in the rest of Canada now, there’s this movement to see the country more from the perspective of three founders,” including Indigenous peoples, he says.

“There is more exposure to this perspective than in Quebec,” he adds.

As for Columbus, the survey reports that 20% of respondents in Quebec considered him a discoverer of Canada, compared to less than 15% of all respondents in the other regions surveyed.

Jedwab says the fact that Columbus was chosen is “disturbing”.

“I don’t know what they read, but it’s clearly not something you’ll find in any Canadian history text.”

The survey also asked Canadians if they believe they live on unceded territory – land that Indigenous peoples have never legally ceded to government authorities.

According to its regional breakdown, the survey found that almost 60% of respondents in British Columbia – the highest of any region – said they lived on unceded Indigenous territory, compared to almost 44% who said they did not. not do it.

Survey results show the lowest was in Quebec, where only about 20% of residents said they lived in unceded territory, compared to 79% who did not.

Unlike other provinces, most of British Columbia is considered unceded Indigenous territory. When the province joined Confederation in 1871, its government did not recognize Aboriginal title and did not consider it necessary to enter into treaties.

For example, he points out that the political leaders of Quebec rarely recognize Aboriginal lands.

“When people do land reconnaissance, there’s a reminder, a built-in reminder, of the founding of the country…and what it was founded on.”

This report from The Canadian Press was first published on August 25, 2022.