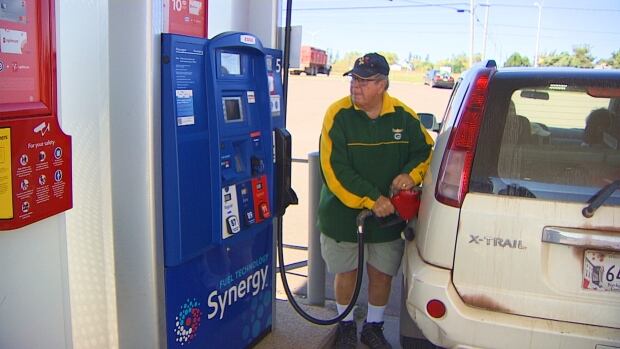 Alex Clerk stuck the gas pump nozzle into the tank of his Nissan X-Trail, squeezed the handle and watched the pump numbers scroll until it happily stopped.

â€œIt’s kind of a hit in the old portfolio,â€ he said. â€œIt’s more than you expect to pay for gas. “

At $ 1.42 per liter, the minimum gasoline price is the highest ever in Prince Edward Island, surpassing the previous high of $ 1.41 in May 2014.

No one has to remind Kenny Snow, owner of Oyster Bed Esso. He has heard a lot of complaints from customers.

“I feel for them, I also have to put fuel in all of my vehicles. But it’s completely out of our hands.”

The Island Regulatory and Appeal Commission, or IRAC, regulates the price of gasoline in Prince Edward Island, which Snow says keeps the price fair for all gas stations. .

“If it wasn’t regulated the same for everyone at all levels, people could create price wars, which would serve no purpose other than to hurt a competitive business.”

Snow said there is a misconception that when the price of gasoline goes up, gas stations make more money.

“In fact, the increase in the price of fuel is hurting our bottom line because we are paying a percentage of credit card fees.”

It’s a little consolation for Clerk, who lives in Brackley. He said people like him who live in rural PEI. have few transportation options other than their vehicles.

“You don’t have a lot of choice. It goes up and you have no control over it and you just pay the price if you want to travel.”

The price of gasoline is similar in the other Atlantic provinces, and even higher in places like Ontario, where prices can reach $ 1.48 per liter.

Gas price analyst Dan McTeague, president of Canadians for Affordable Energy, said the recent rise in the price of oil has translated into higher prices at the gas pump. He said the Canadian dollar has not kept pace as it has in the past.

“When the Canadian dollar doesn’t respond and protect us, we end up paying even more.”

McTeague doesn’t expect prices to drop anytime soon and predicts gasoline could even hit $ 1.47 a liter by Remembrance Day.

The former Liberal MP said that while everyone may want to switch to green energy eventually, it could happen too quickly. He said solar and wind power cannot yet replace the convenience and reliability of fossil fuels, adding that Canada should lower its emission reduction targets like some other countries have done.

â€œThis is a global energy crisis made worse by higher fuel taxes, compounded by a lack of investment. Oil and gas companies cannot get financing. We have banks around the world, including Canada, targeted by green organizations that are withholding funding to bring more oil and natural gas into a market that is desperate for more. “

For consumers and policymakers, this is the time for “dramatic thinking,” McTeague said.