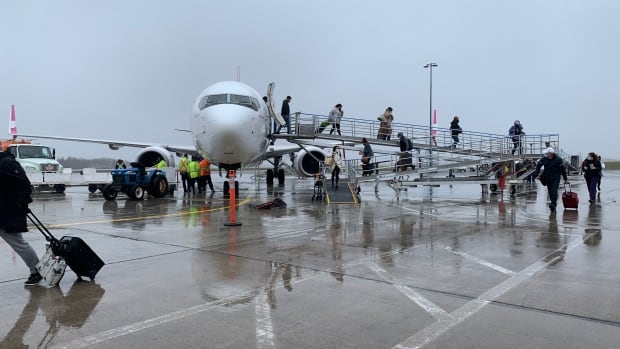 Projecting population growth is not an exact science — it involves collecting all sorts of data, including past trends and assumptions about fertility, mortality and migration — but it is a key part of how provinces like Prince Edward Island plan for things like housing, transportation, health care, schooling, and more.

“We’re never going to get those perfect projections.”

And it’s even harder in a time of rapid change like Prince Edward Island has seen in recent years.

But in 2015 Premier Wade MacLauchlan, concerned about an aging population and the resulting labor shortage, announced a new population strategy that would increase immigration and encourage former Islanders to return home. . And it seems to have succeeded.

In 2016, the population increased by 1.9%. The rapid growth continued even at the worst of the pandemic and reached 3.6% last year.

“It’s a phenomenal growth rate. The province is growing faster than any other province in Canada,” said Professor Don Kerr, a demographer at Western University.

“That’s what you associate with places like Calgary during the boom years, that’s what you see now. Is that going to continue? That could change very quickly.”

And that growth rate has already upended the province’s most recent projections, based on July 1, 2021 numbers. Prince Edward Island had a projected population of 167,036 as of July 1, 2022, but the Statistics Canada estimate was 170,688.

Since the strategy was launched, the population has grown at twice the expected rate, contributing to the housing crisis as the construction industry has failed to meet demand for new homes.

But that growth still hasn’t prevented a labor shortage, so the province continues to pursue a strong growth strategy. The most recent projections call for a growth rate of 1.5% to 2% over the next decade — a historically high rate, but still below the 2.4% average of the past seven years.

That may not seem like a lot, but it could mean 15,000 more Islanders looking for homes and up to 1,800 more children than expected in need of schools and child care. Not to mention increased traffic, increased demand for water, language services for new immigrants and a host of other services.

When making projections, provincial demographers consider three ways in which the population may decline or grow: births, deaths, and migration, which includes international migration and interprovincial migration.

Interprovincial migration is the most volatile figure. Canadians can come and go as they please, and these trends can change quickly.

“This component is definitely the hardest to predict,” said Colin Mosley, an economist at the PEI Statistics Bureau.

But the province does not expect this trend to continue.

And this return to zero is an important part of the province’s projection of a return to more moderate growth.

Because interprovincial migration can change so drastically from year to year, Moseley said the province tends to take a long-term view.

“We’ll normally, in our baseline projection, we’ll keep it close to net zero,” he said.

“That normally goes with, if the economy in the west is very strong and pulling people in, if it’s down, it’ll bring people back. If you look at the trend over a long period of 15 to 20 years, it’s going up and generally descends.”

Immigration should be balanced

Governments have more control over immigration than over the other two components of population growth. It starts at the federal level, with decisions on how many immigrants the country will allow, and works its way down to the provinces who negotiate what share of those immigrants they will accept.

Prince Edward Island broke modern records by attracting 3,436 immigrants in 2021-22. In records dating back to the 1970s, the island had never received more than 2,500 immigrants in a single year.

And Ottawa plans to attract more.

“We have very high immigration targets and we expect that to continue.”

But the province does not expect a repeat of the large numbers from 2021-22, forecasting immigration to remain steady at 2,500.

First, the province believes the numbers were partly a rebound from 2020-21, when pandemic-impaired mobility led to lower immigration.

Second, other Atlantic provinces did not receive as many immigrants as expected at the time, and Prince Edward Island took over.

Expected rebound in the birth rate

While the province forecasts a drop in migration, it expects a rise in the birth rate.

Birth rates have been declining in the developed world in recent years, and P.E.I. is no exception. The province’s birth rate has fallen to around 1.3 from around 1.7 a decade ago, but is now expected to rebound to 1.5.

The province says family-friendly benefits introduced at the turn of the century coincided with an increase in the birth rate. Nigel Burns thinks it’s reasonable to expect that improving the affordability of child care in PEI will increase. have the same effect.

“It would be reasonable to expect this to affect people’s decisions about family size,” Burns said.

“I might have had one child, I would have liked to have had two but I didn’t know if we could afford it, and three was out of the question. More recently, with the introduction of the enlargement of the Accessibility and reduced cost of childcare – which for many families would be a significant barrier – will have an effect.”

Although the birth rate is not as important a factor in growth as migration, Kerr warns that it can be a factor in the aging of the population.

“Fertility…has always been the most important factor in projecting population aging,” Kerr said.

“If the province stops welcoming so many migrants, we could easily see a higher proportion of 65 and over than the province predicts.”

And that would mean fewer workers, more retirees and higher healthcare costs.

“I have the right direction”

The province has already begun the process of creating a new population projections report with the release of new data in July, and officials are taking a long-term view in their projections.

The growth forecast, conservative for example in recent years, is still higher than what the province experienced before 2016.

“We think we have the right direction,” Burns said.

“The population is going to grow. It’s going to grow at different rates every year, but our modeling and our assumptions are that we smooth that out so you end up with an average growth rate.”