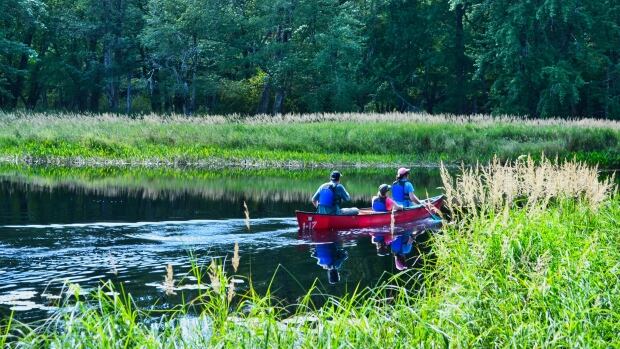 Kids across the province are eagerly waiting to see if they can actually attend summer camps this year.

â€œWe have planned all winter for camp,â€ said Lorrie Turnbull, COO of the YMCA of Greater Halifax / Dartmouth. â€œWe were just as excited as thousands of children and families to hear that there is an opportunity for camp this summer.

Dr. Robert Strang, Chief Medical Officer of Health for Nova Scotia, organized a question-and-answer session this week with the Community Sector Council of Nova Scotia, a group that represents not-for-profit organizations. During the session, he said he expects the summer camps to be able to open.

“I think by July summer day camps should be achievable,” he said.

He said summer camps involving overnight stays “could be trickier” but could also be allowed, perhaps as early as July.

â€œBut don’t expect you to be able to bring in campers from outside the Atlantic bubble,â€ he said.

â€œWe’re full,â€ said Turnbull. â€œWe actually have over 500 names on a waiting list, so for us that was a good indication that there is a good level of trust and desire for families to send their children to camp. this summer.

Mat Whynott, president of the Camping Association of Nova Scotia and Prince Edward Island, said the industry was happy to see some light at the end of the tunnel. He said kids need camping more than ever.

â€œPeople want their children to be able to come out and be children again,â€ he said.

He said the closure last year had been a blow to families and children and to the camping industry itself.

Whynott said up to 11,000 children attend camp in Nova Scotia and Prince Edward Island each year on average. He said the summer camps employ nearly 1,000 people in more than 40 different camps across these provinces, so people have lost job opportunities as well.

Turnbull said the YMCA is ready to open day camps as well as Big Cove Camp, in Thornburn, Nova Scotia, where campers sleep.

But the camp will be a little different this year from most.

This year, campers will be in little bubbles. The emphasis will be on outdoor activities.

â€œWe know it’s doable,â€ said Turnbull. “We know we can provide the kids with a great experience at camp despite being in a COVID environment.”

Whynott said his organization is working with health officials in Nova Scotia and Prince Edward Island and is currently drafting a plan to reopen.

He said the plan would take into account all current restrictions and guidelines and include changing the way meals, games and accommodation are organized.

“We certainly anticipate, based on conversations with Dr. Strang over the past two days, that summer night camps in the province may open with restrictions,” Whynott said.

Turnbull said they hope confirmation will come soon, as the YMCA hopes to open Big Cove camp in the first week of July.

“It’s not just families waiting. There are also a number of employees that we need to hire.”