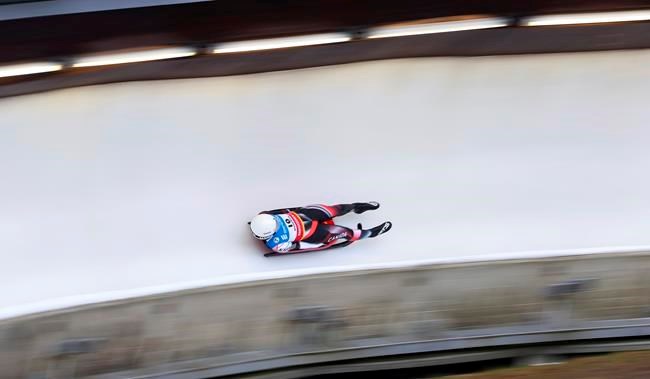 WINTERBERG, Germany – The young Canadian luge team ran for fifth in the relay at a World Cup on Sunday. Trinity Ellis, 19 from Pemberton, BC, Reid Watts, 23 from Whistler, BC

WINTERBERG, Germany – The young Canadian luge team ran for fifth in the relay at a World Cup on Sunday.

“We are happy with the result even though our race was not the best,” said Wardrope. “Having the experience of running the relay now is going to be so beneficial to us in our future sliding career. With the limited runs and the experience we have on this track, it was good to see that we could do a downhill. while doing our best to minimize errors on the way down. “

“As a team so young, it was good for all of us to see that we can still be competitive. We know that with a little more experience and consistency we can climb higher in the rankings,” Wardrope said.

Canada finished fifth in the Beijing Olympic test in October.

The relay consists of a women’s sled, a men’s sled and a double sled. Athletes strike a paddle at the finish line which allows the next team member to start their race at the top of the track.

The Canadian team has been in a period of rebuilding since the program’s first double medal at the 2018 PyeongChang Olympics.

The World Cup circuit is now heading to Sigulda, Latvia.

This report by The Canadian Press was first published on January 2, 2022.